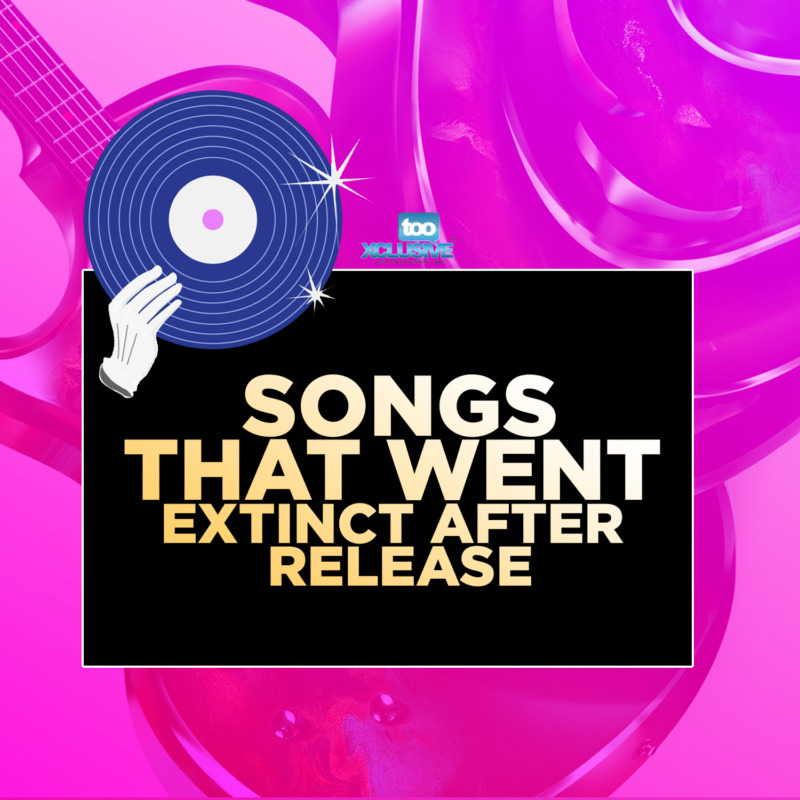 Once in a while, a single would come out blazing hot but due to some reason or the other, it doesn’t get much recognition it is expected to. Not that these songs aren’t bops or hits, they just didn’t get enough buzz for a long time. They just vanished without a trace like they never existed.

We’ve compiled 10 songs that went extinct after release and surprising they’re from some of the biggest acts in the country. Try not to be too shocked by the songs you’ll see on this list.

Zlatan is the king of making music out of trends and we have to give him credit for that because he’s a pro at it. His reason for releasing this track is quite understandable. He did it to create awareness when the Quilox club owned by Shina Peller was shut down, just like what he did with “Tacha”. This track isn’t entirely that bad because it has good lyrical content even if it was begotten from a trend. But hey, trends come and go so this one track fizzled out almost immediately.

After the huge success of “Reason With Me” & “Audio Money” which were both part of the biggest songs in the country last year, you’ll expect that his next single would be way bigger. Apparently that wasn’t the case with this track which was released on the 29th of January, 2020. If we are to call a spade a spade, the buzz this track received was because of the presence of Mercy Eke in the video. It buzz died down almost immediately.

Olamide is no doubt the certified king of the streets so definitely whether he drops the peeps on the streets eat up the song like zombies clamoring for brains. The Cracker Mello produced track which is off his latest EP “999” contains multiple catchy phrases, street slang, and melody- the perfect street anthem. But sadly lyrics like “O le te obinrin lo’run” wasn’t enough to get the song enough recognition for long.

Inspired by the pressure on African Women to get married at a young age, Teni released her first single of the year. We all know that Teni has mastered the addressing real-life situations but because it’s not a song that’s likely to make one go bananas – you can’t Zanku to this one.  Teni’s songs are cool, mild, and slow which still find its way into most people’s hearts with time as she proved this with ‘Fargin’, ‘Case’, ‘Power Rangers’ and ‘Billionaire’ but sadly this one wasn’t able to penetrate deep into people’s hearts.

The self-acclaimed Giant started the year with “Odogwu” an impressive tune to mark his name as the leader of the pack and the Champion in the industry. The track was accompanied by stunning and colorful video but we don’t know what went wrong with this single. Apparently people felt it wasn’t top-notch enough or Grammy material.

This is one song that was highly anticipated because a collab between Kizz and Adekunle Gold had never happened before.  Before it was released, it felt the existence of the Nigerian music industry depended on this collab because it was definitely needed. However, even after the music video was released, the song barely managed to stay relevant for long.

Another Kizz Daniel assisted track that rocked our speakers and screens but this was for how long? No doubt the track which happens to be Skiibii’s first track of the year is a certified bop as their synergy will hit you at first listening but it wasn’t big enough to “blow” like we always say.

Released on the 31st of January, 2020, this was Eazi’s first track of the year and it was inspired by the love between his military father and civilian mother who has been married for over 30 years. Beautiful love story yeah but we barely heard this song anywhere.

Leader of the Marlian gang, Naira Marley switched his style of music to trap on this impressive record. He featured UK female rapper, Ms Banks who furnished the track with her international flow. We get to see a love-struck Naira Marley getting all mushy withy his lover. Y’all agree that it’s a cool song because it’s totally different from the kind of music we’re used to getting from the singer.  But it seems the Marlian folks didn’t hop on this one because it vanished like it never existed.

After getting signed to the prestigious Marlian records, Zinoleesky recruited the President, Naira Marley to deliver an impressive tune. For a new act trying to mark his name in the industry, the initial response the track got was massive as Its music video even garnered over 1.5 million views on YouTube. Despite Naira Marley being on this track which should give it more attention, it followed the oath of the stated 9 tracks above.