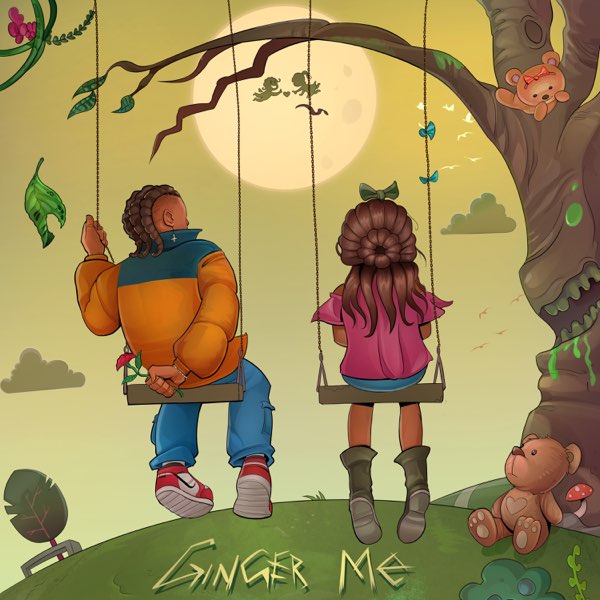 On this episode of Nigerian songs you should listen to for the week, we’ve got tracks from the newbies shaking the music scene and some of the OGs. Here’s our round-up of the best tracks that came across our desks.

Everyone knows Remy Boy is a bad boy but with “Ginger Me,” we get to see his loverboy side. “Ginger Me” is a soul, pop, afro-Indie record produced by The Element. It’s a love song that sees a young boy putting his bad boy behavior/swag aside to confess his love feelings to the lady that hypes his system. It’s got a catchy chorus; one of those songs you don’t realize when it ends because it keeps playing in your head.

The buzz around this track is insane. The singer stormed the music scene with unique afrobeat his smash hit “MJ” which is a tribute to the late King of Pop, Micheal Jackson. The track wasted no time in climbing charts even without a video, further shooting the singer into the limelight. To give the song more vibe he recruited DMW melodic singer, Mayorkun for the remix and the rest is history. This song is pure vibes and perfect to chill with the “Geng“.

Omah seems to have a mission to break into the music scene on his own terms and so far he’s doing a great job. On this track off his Get Layd EP, Omah sounds like a mixture of Wande Coal, Wizkid, and Burna Boy all joined together. He singers about only wanting to love his lover. The beat, arrangement, and lyrics of this track is astounding and you’ll certainly love this.

The super jam is the lead single from his recent six-track EP titled ‘Oxygene”- one of the best music projects released this year. With this track, the fast-rising singer snagged a spot at the coveted top shelf of charts and since then he has shown no signs of slowing down.  Oxlade dropped the colourful visuals for where see the singer and his beautiful lover in a beautiful city elope from her angry relatives. Let’s just say this track will blow you away.

After the release of his smash, hit “Odogwu” Burna returned to the music scene with “Wonderful” which is a unique mix of English and Yoruba that sees the singer expressing excitement for his people. Burna Boy continues to build his fanbase universally and we’re sure that after listening to this song, you’ll join thousands of his fans -“The Outsiders”

#6 on hottest Nigerian Songs June 2020,  Ckay connected with the highly-sensational Joeboy and Ghana’s Kuami Eugene for an addictive remix which is one of the standouts from his sophomore EP, Ckay the First. The new remix comes accompanied by a music video directed by Naya Visuals and it has been in the heart of many. It’s still enjoying Airplay on Radio and TV and we have decided to share this masterpiece again with y’all.

“Jerusalema Remix” is another mega-hit from South African singer,  Master KG  of Open Mic productions and it features the African Giant- Burna Boy. The original version which had multi-talented vocalist Nomcebo Zikode who is known for blessing records with sweet sonorous vocals is already a hit on its own and  Burna came in on the remix with a different vibe. He infused the Afro-fusion genre, talked about not being perfect, and how he strives to survive in the jungle. Wanna hear Burna spit in Zulu and Yoruba like a pro? you should listen to this!

Fresh off his“High Tension EP,” “Ginger Me” mixed and mastered by STG opens up the EP which talks about the singer’s journey to fame and stardom and of course, the pains of adulthood. It also sees the singer sing from a place of pain about his need for a lift in life. He also sings about pressure from home and school. feeling pressured lately and the coronavirus pandemic is not helping at all, give this track a listen and you’ll amazed.

We’ve all at a point being smitten by someone that we can’t seem to let go. “Ada” by Kizz Daniel takes us back to what it feels like when you find the right one. On the DJ Coublon and Youn Jonn produced track which is off his recently released album “King Of Love“, Kizz talks about “African Love”.He sings to the father of his love (M’pa) to give away his first daughter ‘ADA’ to the man of her choice. Kizz Daniel proved that he’s the ultimate king of Love with this track.

We can’t seem to get enough of bad boy Remy as he keeps us dropping hits back to back. Since the beginning of his career, we can say that he has no bad songs. Rema gets extremely bold on “Woman” which is another banger that’s bursting brains. It racked up a million views on streaming platforms within three days. On this banger, Rema confesses about his love for women and can’t seem to control it. This new jam produced by Ozedikus and Altims is a blend of Afrobeat, Pop, and the African sound- he brought out the Fela in him for this one.

One of the hottest Nigerian Songs June 2020, the last time we got a collab from Davido and Mayorkun was back in 2018 for “Bobo”. Betty Butter” is another certified hit from the DMW duo and was produced by SperoachBeatz. On this record, the singers were asking for the heart and trust of a black and beautiful lady. They sing about taking care of her with their money and never letting go…This track is filled with catchy and infectious wordplays. Give it a listen to spice up your week.