Our Article today focuses on Nigerian Songs That Would Motivate And Inspire You. The Nigerian music industry has become somewhat an arena for the use of sexually explicit lyrics and steamy music videos, where artistes lay bare their luxurious way of life for the masses to watch.

We’ve seen a couple of songs about Sex, Love, and so on but is there really any that motivates?. Yes, there are songs that truly motivate, inspire, and still turn out to be amazing hits.

The country is currently plagued with chaos, war, corruption, and getting by each day whether you’re a salary earner or an entrepreneur is a tedious task. Everyone needs or relies on a little push to keep them strong and motivated. Well, this is where music comes in.

Music is a very powerful tool that helps us change our mindset and mood, so listening to your favourite tracks while performing different activities is a great motivational exercise. It also acts as a distraction from all issues that bother our minds and greatly contributes to the quality of mental health.

Motivational tunes tell you that even your favourite music superstar has had a taste of whatever you’re going through so don’t fret, better days are coming. We understand that people are tired of the ‘perspire to aspire’ kind of people, so we have compiled a list of songs from artists who have poured in their captivating stories and experiences into music to motivate fans. In no particular order, the songs below are Nigerian songs that would motivate and inspire you. 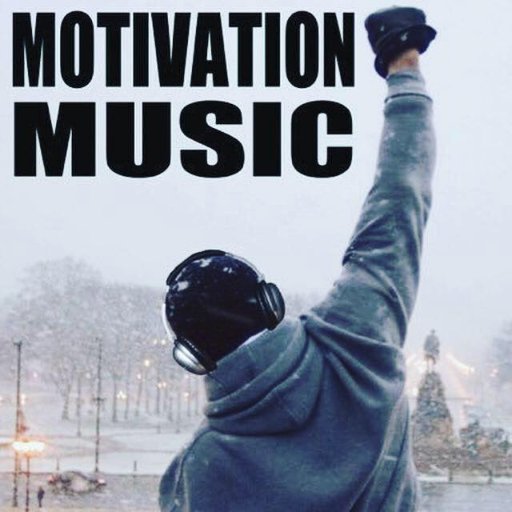 #1 Nigerian Songs That Would Motivate You, 2Baba formerly known as 2Face was already a force to reckon with at the time this track was released. The iconic singer didn’t have it easy at the beginning of his career so a little something to motivate everyone was necessary. “Nfana Ibaga” which means “No Problem” sees a bold and young 2baba hyping himself, he says he’s never going to let any bad talks deter him from reaching greater heights,. In his words: “That there’s more to this life than just faking up reality”

Feel like you’ve been working hard and the hustle isn’t paying? Ever been told you’re never going to amount to anything in life? Peter and Paul Okoye have there. “Bring It On” which features Dave Scott preaches patience and also motivates.  The message is straightforward- No matter who you are, No matter where you are from or what you do, do what’s right as long you’re chasing the money. Listen below and motivate yourself..

Barry Jhay is pure, undiluted music royalty. The prominent indigenous singer is from the lineage of the great legendary music icon, Sikiru Ayinde Barrister. Tapping inspiration from his father’s unique sound and that of Ebenezer Obey, “Tomorrow”  addresses the idea of fate and that for good or bad, no-one knows tomorrow in Yoruba tradition. It also talks about our inner desires for a better day – “Brother, stop worrying, tomorrow will be better”, he tells those living in that fear that things will never get better. This song will motivate you to always do good not evil and never to look down or destroy your fellow brother. Listen!

“Time wait for nobody“, Lyta and Olamide speak the bitter truth on “Time” which is an inspirational and appreciation song that also motivates. They sing about how everyone has their own time to excel or be a failure. The track is laved with good lyrics, a bopping sound, and a good vibe that would surely motivate anyone who is feeling down. It would get you on your feet to do the right thing at the right time and be grateful for the gradual progress.

#5 Nigerian Songs That Would Motivate You, Living a fake life seems to be the order of the day especially with this generation and it has almost become normalized. Timaya’s “Telli Person” may sound like a direct shade at the lazy and fake life gang but really its a wake-up call for everyone to stay focused and motivated. Don’t let what you see on social media fool you, stay on your ground, hustle, and pray.

So this track lets you know that Wizkid’s grass to grace story is epic. The singer started his career rocking just one jeans, one shirt, and that same shoe. This track is a pure motivational and appreciation track that many would relate to. Wizkid preaches about believing in yourself cos what you see sometimes can be deceiving, suffer doesn’t kill you it just makes you stronger. Stay Motivated! Enjoy…

#8 Nigerian Songs That Would Inspire You, Simi has always been dropping gems and she uses her music to share powerful messages. “Selense” is one of the tracks where she implores the Nigerian youth to value time because you know, Time Is Money. She strongly preaches about the importance of working with Time in life, making use of it at the right moment & phase of life. ‘Make Hay While The Sun Shines‘, though life na Jeje but don’t go too easy and sleep on your moment or forget about the future.

Bella’s debut single was a hit ‘Vision 2020’ which spoke about the struggles of adulting and pressures of growing up in present Nigeria, “Ginger Me” follows the same concept. Struggling with his girlfriend being pregnant, his dwindling finances, and schoolwork, Bella seems to have seen the scary side of life and cries out for motivation. This track is pure, spiritual motivational song that would hit the inner realm.

Cobhams and Simi teamed up to let you know that you are not the worst person in the world. Everything happens in its own time. The fact that it might not have happened in the time you want it doesn’t mean it won’t happen at all. A lot of people are frustrated about their situation in life not realizing that it might be a matter of time. A lot of people need to find reasons to keep going and just knowing that they are not the only one going through stuff is enough encouragement to keep at it. It is a song of motivation, encouragement, and the need to hold out faith.

“Wetin We Gain” which is one of the biggest songs released in 2018 focuses on themes of materialism and material success. The track which is said to be described as a “hustler’s anthem” is based on personal experiences and sees the singer stand in place of Nigerian youths begging to be blessed in all ramifications.

As the title suggests, God can really bless anybody, is a motivational and inspirational song. It is a ‘Grass to Grace’ story and which will definitely give hope to the hopeless. It also preaches about not looking down on anyone because no one knows tomorrow.

Olamide sampled vocals of the great Kwam 1 De Ultimate from his “Anifowose” track. He sings about his grass to grace story, goes back to his humble root, the sacrifices of his parents just to put food on the table, the struggles while growing up before becoming one of Nigeria’s finest and leading artistes. ‘Poverty No stop So Man Gats Open Eyes’ is enough to motivate and inspire you.

Are you not tired of suffering? Do you like living in poverty? Victor AD delivered another inspiring and motivational track to wake you up, if you’re slacking. The stellar collaboration takes on the theme of working hard and smart. The record opens with the vocals of Davido imploring fans to work hard and make money.

#15 Nigerian Songs That Would Motivate You, Dedicated to his little one, Batifeori Maximilliano Adedeji also known as Milli, this is probably Olamide’s most emotional song ever. He tells his son, “I’m writing this to motivate you whenever you are down, just remember my story and things that people told me, Man mili till my head couldn’t hold me“… Olamide shares his rough journey with his son to motivate him and make him dedicate his all to the hustle so as to make it in life. One can not help but feel motivated after listening to this track.