​Since taking charge in 2017, Nuno Espirito Santo has transformed Wolverhampton Wanderers from an average at best Championship side, into a ruthless Premier League team challenging for European football.

In doing so, Nuno has established a well-balanced squad based on a talented Portuguese spine that includes the likes of Rui Patricio, Ruben Neves and Diogo Jota. What’s more impressive is how Wolves have built around this to give their side that extra level of quality with Raul Jimenez, Adama Traore and Conor Coady all flourishing too.

However, as good as it is for them at the moment, the 2020 summer transfer window will prove significant. If Wolves can keep a hold of their best players and add quality in the correct positions, they could take it up another level.

With that in mind, here is a detailed analysis of where Wolves need to strengthen in the summer transfer window, and who they should target to do so… While Wolves aren’t exactly leaking goals, depth is again an issue, especially when you require three centre-backs on the pitch at once in Nuno’s system. Bournemouth’s Nathan Ake could potentially prove a steal. With the Cherries facing relegation, Ake would be one to jump ship in summer, considering he’s far too good to be playing at Championship level.

At this point, it seems like a matter of when and not if Dayot Upamecano leaves RB Leipzig in summer. The 21-year-old has been linked with a number of clubs, mostly top level sides, but Wolves could still swoop in while a deal has not been concluded. Stranger things have happened… With three centre back formations comes two wing backs, required to do a lot of the heavy lifting in both attack and defence.

It’s a tricky position to fill and Wolves could always use another dash of quality in that area, as Jonny and Ruben Vinagre have failed to nail down a regular spot as their own. Keeping things in line with the Portuguese trend once more, Diogo Dalot of Manchester United could be the perfect candidate. Competent on both sides of the pitch, he is more than just a right back and possesses attacking traits that have seen him be of use in advanced positions. In the three-at-the-back system that Nuno deploys, the front three he opts for is reliant on versatile forwards. As mentioned previously, Jota can operate centrally and out wide, while Adama Traore is useful in both advanced and defensive roles.

With Diogo Jota in such fine form however, talk of a move away continues to stir. High quality, versatile options in attack are key to their success, and they must be prepared to find a replacement. 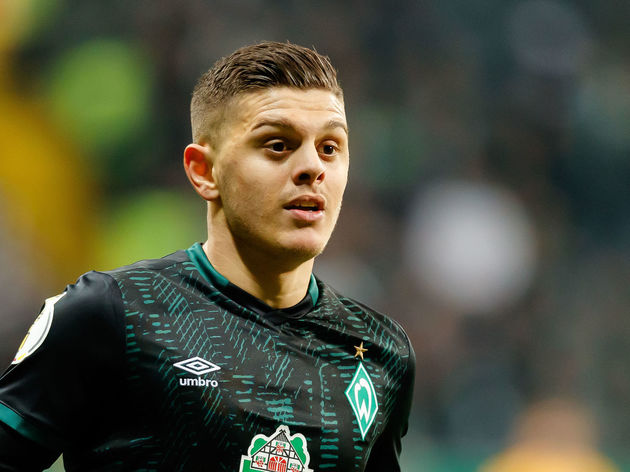 With the magic Nuno has pulled off in finding Adama Traore a consistent end product, a move for Allan Saint-Maximin would prove exciting. The 23-year-old brings pace and flair to the Premier League, but has struggled for goals. at Newcastle. If you surround him with a quality striker and midfielders however, this might prove to be what truly unleashes him.

Versatility being key, Werder Bremen winger Milot Rashica would be a solid option for Wolves, and is a realistic target. He can operate wide or centrally in advanced midfield roles, and has bagged 10 goals and five assists in all competitions so far this season. With 22 goals and 10 assists in all competitions so far this season, Raul Jimenez has caught the eye of several top clubs. Wolves rely on his impressive scoring record, and while Diogo Jota can fill in when needed, he is by no means a suitable back up in the long-term.

Wolves failed to bring in a striker in the January window, and with clubs keeping tabs on the Mexican, the Wanderers need to act accordingly. With the possibility of achieving top four looking more realistic than ever, Wolves can afford to look at a variety of striking options, such as Italian forward Andrea Belotti. Heavily linked with a move to the Premier League in 2017, nothing came of the speculation for the Torino captain, which is interesting considering his record for the club. He’s managed 15 goals in all competitions so far this season, and at just 26, has room to thrive in a more physical league.

If not Belotti, then Wolves could look closer to home and in the championship at Aleksandar Mitrovic. The 25-year-old impressed in his first Premier League season with Newcastle, and is currently the Championship top scorer with 23 goals for Fulham, and again imposes his physicality in games.