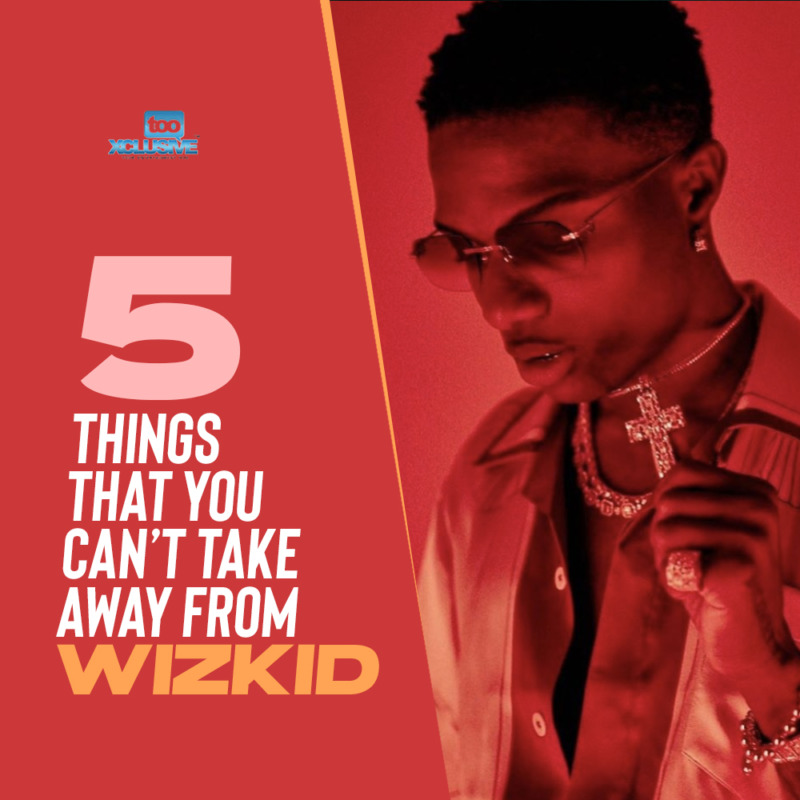 {Nigeria’s Starboy, Wizkid} Barely a decade ago, a random 19-year-old boy from Surulere stormed the Nigerian music scene with a track that left fans arguing if the song “Holla At Your Boy ” was sung by a Nigerian. Till now, many still do not want to believe that it was all Wizkid. Starting his career with Banky W’s Empire Mates Entertainment (EME), Ayodeji Ibrahim Balogun’s laid back tune was all it took for him to become a household name.

For over a decade, a generation, about to turn 30 grew up listening to Starboy Wizkid, and now the Gen Z has followed suit. Three adorable boys, many collaborations with international stars including the likes of Beyonce, Chris Brown, Drake, numerous international deals, several awards, and mega-hits later, Wizkid has certainly evolved. The singer has grown and legendary music icons couldn’t help but praise his musical prowess.

Do not be deceived by his tiny appearance people because he is much bigger than many artistes combined. He might not have much of an online presence but over the years, we’ve been able to notice a few things about him. To celebrate his 30th birthday today (World Wizkid Day), the 16th of July, 2020, we have compiled 5 things we can never take away from Starboy Wizzy.

No fan base in the Nigerian entertainment industry has the power and influence of Wizkid FC. There is no other fanbase that is as dependable as his stans, they have his back any day any time. It is quite understandable that they would want to stan someone that is no longer considered an ordinary artiste but a music god/genius and a movement. Wizkid’s music gives nothing but joy, like it or not.

Wizkid is so embedded deep into the hearts of his fans to a level they are ready to kill for him, be it a big celebrity or just a regular person on the streets, they’ll come for you. They are out to promote everything associated with him whether it’s good or bad.

Nevertheless, the love Wizkid FC feels for Wizkid is pure and genuine, these people don’t even care if he drops nothing, beats and sounds, they would still listen. But looking at the other side of things, it’s an obsession – they don’t really care. Wizkid didn’t let all that love go to waste, he reciprocated the love he received from his fans. Wizkid collaborated with international sportswear, Nike, for a jersey specially made for his fans to wear. The Starboy jersey of course got sold out in 10 minutes. Their role is simple – they seek to protect Wizkid. Trust us, you wouldn’t want to mess with Wizkid FC.

We can’t leave out how Wizkid brings life to every song he is on. He’s got the Midas touch- everything he touches turns to gold. Be it a bop or a flop, once Wizkid jumps on it, it graduates to something much higher.

We’ve seen his touch with collaborations with crème de la crème of the international music industry both locally and internationally. Wizkid “put” the likes of Drake, Beyonce, Tine Timpah, Chris Brown, Trey Songz, French Montana, Kranium, Ty Dolla $ign, Efya, Justine Skye, Swiss Beatz on the map. Should we go on? The names would go on and on.

It’s one thing if you are the most featured artistes in the Nigerian music scene and another if all tracks bang. The reader of this article would agree that, anything with Wizkid bangs.

Released on the 12th of June, 2011, Wizkid’s debut album is the greatest album released in the past decade. The 9-year-old body of work brought the singer to the limelight and has mega-hits like “Holla at Your Boy,” “Tease Me (Bad Guys),” “Don’t Dull,” “Love My Baby,” “Pakurumo, “and “Oluwa Lo Ni“. Every track was a hit, even if you’re not a Wizkid fan, there’s no way you wouldn’t have loved this album back then, It’s one album that people can sing word to word from the first track (Say My Name) to the last track (Wiz Party). “Superstar” received generally positive reviews from music critics and is still his best selling album to date. Now we anticipate the release of his 4th studio album “Made In Lagos”

Yes, Wizzy baby has been known as Starboy for much longer than The Weeknd. The Canadian singer shocked the world when he announced the title of his album as “Starboy”. Why was this a surprise? The world already knew one Starboy.

Wizkid had originally claimed the title when he launched the Starboy Entertainment label back in 2013 and had been using the nickname for years. Despite the fact that The Weeknd was willing to sue whoever used the name and even received a Grammy award for the album, Wizkid remains the one and only Starboy ever liveth and it’s not just in name only because he’s the actual Starboy of the music industry. We will always regard him as Starboy (drops mic!)

On a lighter note…..Love For Older Women

“The older the berry, the sweeter the juice”– These were the words of Tiwa Savage during her 2019 “Everything Savage” show in Lagos. She said this to confirm her relationship with the singer and till now, no one really knows whether she’s messing with us or shes for real.

Wizkid has always been the ladies man but he seems to be quite into older women. Asides mama Jam Jam, the singer has been linked to the likes of Tonto Dike, Naomi Campell, Genevieve Nnaji and so many others no one even knows. It was even revealed that the singer likes older women because they are “sweeter”. The mother of his third son (Zion) Jada P (Jada Pollock) is a sweeter juice… lol

Did we miss anything out? Do let us know in the comment sections below: