It’s been a month since we last saw any football played live, with the coronavirus pandemic causing many fans to look for alternatives to satisfy their football cravings.

And it’s no surprise many of them are turning to Football Manager in a bid to replace the thrill and excitement of the sport we love. Who wouldn’t want to take control of their favourite team, win trophies and buy the players that they’ve always wanted their club to sign?

In the case of Bayern Munich, they seem a pretty easy team to manage, given their success and utter dominance in Germany. However, if you set yourself these challenges, you’ll find managing Die Roten to be more entertaining than you initially thought…

Win the Bundesliga Every Season The last time Bayern didn’t win the ​Bundesliga was during the 2011/12 season. Since that blip, they’ve won the last seven league titles.

It’s a pretty straightforward task – to win the league title every season from now to continue that streak. You’ll have to stop both Borussia Dortmund, and RB Leipzig from getting their hands on the title – but if Die Roten have done it for many years, so can you.

Have an Unbeaten Season If not for a defeat to a pesky Augsburg side, as well as another loss to Dortmund, Pep Guardiola would’ve managed the Bavarians to an unbeaten season. And with the club having never had an unbeaten season in their history, you could be the first manager to achieve such an honour.

A feat like that could bring about acclaim from the likes of Karl-Heinz Rumminegge, Uli Hoeneß and other ​Bayern board members – that is, until next season – where they’ll expect you to do it all over again. Having won the continental treble during the 2012/13 season, Bayern became the seventh European team to have done so in football history.

With football currently on an enforced break, Die Roten are still in contention for all three trophies, and will have to wait to see if they can repeat such an achievement this season. But if you’re really a Bayern fan, you can go ahead and win the trio of the Bundesliga, DFB-Pokal and Champions League first – before Hans-Dieter Flick gets a chance to. Many have made the jump from Die Schwarzgelben to Bayern recently; Mats Hummels, Mario Götze, and even Robert Lewandowski to name but a few.

Why not continue that trend and steal more top players from ​Dortmund? Granted, you’ll have to sign Achraf Hakimi from Real Madrid, as he’s only on loan at Die Borussen. But you can still go after the likes of Dan-Axel Zagadou and Thorgan Hazard, or even chase after the biggest asset in their team: Jadon Sancho. At times, the German national team looks completely sourced from the Allianz Arena – with the Bavarians managing to maintain a strong German core in their side.

Why not try to play out a season with a Bayern side completely comprised of German players? Sure, you’ll have to sell the likes of Benjamin Pavard, Kingsley Coman, and the best striker in the world in Lewandowski.

But imagine the satisfaction you’ll have from playing with a starting XI of the country’s best talent. And with the likes of Manuel Neuer, Jerôme Boateng and Serge Gnabry already at the club, you’re on your way towards building that team. Now, you’ll just have to call up Manchester City, and try to convince them to sell Leroy Sané… 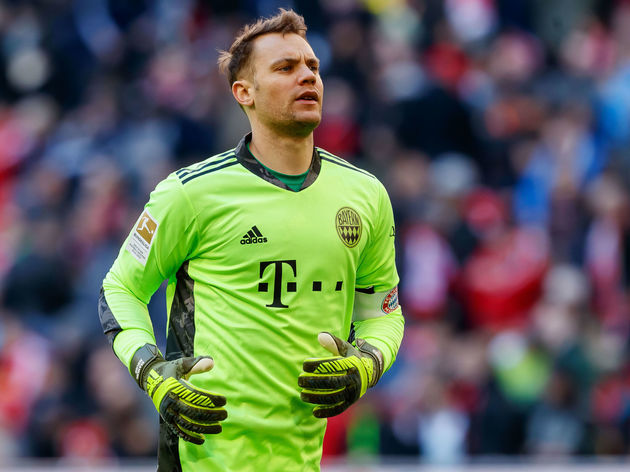 At 33 years old, ​Neuer has won 18 trophies with Bayern, and is still among the highest-rated goalkeepers in the game at present. You’ll probably still have several seasons with him at your disposal, but a replacement will soon be needed.

Who should you go for to replace a German great? The obvious choice would be to sign Gianluigi Donnarumma from Milan, but there’s also the likes of the Polish stopper Bartłomiej Drągowski at Fiorentina. Even Bournemouth’s Aaron Ramsdale has a decent potential ability rating, and could be a lot cheaper than the aforementioned duo. One of the most successful German managers in history, Hitzfeld isn’t nicknamed ‘Der General’ for nothing.

Having won 14 trophies at Die Roten, he’s set the high standards that the Bavarians have come to expect, for the various world-class managers who have since sat in the dugout at the Allianz Arena.

There’s no reason to think you can’t top his impressive achievements by claiming more pieces of silverware for Bayern too. Hitzfeld only won one ​Champions League title during his time at the German champions, and surpassing that total is certainly possible.

With all the free time that you have now, try to surpass Hitzfeld’s Bayern trophy collection. Bearing in mind that by doing so, you’ll have won more trophies in Munich than the likes of Guardiola, Carlo Ancelotti and Louis van Gaal too…