​Crystal Palace have enjoyed their fair share of ups and downs over the years, from Premier League relegation to playoff triumphs.

Eagles fans will look back fondly on the latter, with the match winners earning that promotion forever etched into Palace folklore. There are a wealth of iconic players who would always turn up for Palace when needed, amongst them players remembered for possibly one great moment.

There are so many to choose from, so here’s 90min‘s selection of the seven best big game players who have turned up for ​Crystal Palace. Wilfried Zaha has always been the Eagles’ go-to man when the lights shine brightest. Having grown up in south London, Zaha joined the Palace academy when he was 12 years old and has spent nine years at the club, either side of a difficult spell at ​Manchester United and ​Cardiff.

​Nevertheless, 56 goals and 70 assists for Palace show why he’s such a popular figure at Selhurst Park. Zaha is the star of Crystal Palace and has put in countless big performances, showing his skill and talent in the ​Championship and up to the ​Premier League.

Biggest Moment: However long Zaha remains at Palace and whatever he goes on to achieve, he will always be cherished for one game in particular.

With the 2013 Championship playoff semi-final against arch rivals ​Brighton goalless, the Ivorian scored a stunning second-half brace to seal the victory for the Eagles, and send them to Wembley for a chance at Premier League promotion.

Unlike Zaha, Kevin Phillips didn’t stay for long in south London, yet that doesn’t mean he isn’t a Crystal Palace legend. The Englishman joined on loan from Blackpool in January 2013, before joining on a free transfer the following summer.

Phillips scored seven goals in 21 appearances for the Eagles, and was part of the squad that clinched a play-off spot. They made it to the final after Zaha was the semi-final hero, but it was the final showpiece at Wembley that saw Phillips made Palace history.

Biggest Moment: Crystal Palace met ​Watford in the 2013 playoff final, and were desperate to end their eight-year hiatus from the Premier League. Phillips started the game on the bench, but was brought on by manager Ian Holloway after 66 minutes.

His moment came right at the end of the first half of extra time, when Zaha won a penalty. Phillips stepped up and converted the perfect penalty into the top corner, sending the Eagles flying into the top flight and instantly becoming a Palace legend. 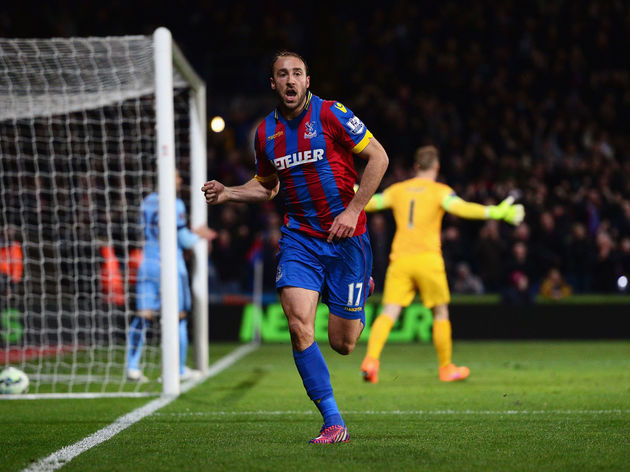 Glenn Murray spent four years at Crystal Palace, reaching almost half a century of goals in 126 games. Moving from rivals Brighton in 2011, his previous affiliations didn’t affect his form for his new side as he consistently found the back of the net in red and blue.

Murray was a prolific striker – and for that matter still is, going strong at the age of 36. He also helped the Eagles earn promotion to the Premier League, and spent two seasons with them in the top flight before leaving for ​Bournemouth in 2015.

Biggest Moment: In four years at the club, Murray’s best big-game moment came within six months of his arrival at Selhurst Park.

In November 2011, Crystal Palace travelled to reigning league champions Manchester United in the League Cup quarter-final. With the score level at 1-1 into extra time, Murray bundled the ball over the line in the 98th minute to give the Eagles a historic win at the Theatre of Dreams. 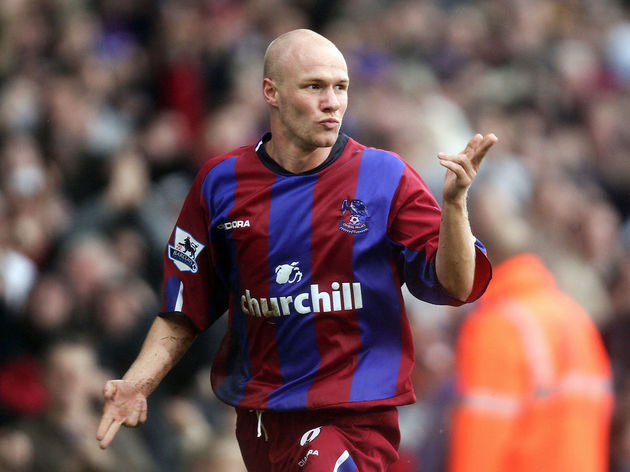 It’s been 18 years since Crystal Palace signed ​Birmingham City striker Andy Johnson, ​and what a signing it proved to be. The Englishman spent four years in London before moving up to Merseyside to join ​Everton, and was one of the club’s most prolific forwards ever.

In 150 appearances for Palace, Johnson scored a fantastic 75 goals, averaging a goal every two games. In his first ever season in the Premier League, he managed a remarkable 21 goals, with only ​Arsenal‘s Thierry Henry outscoring him to beat him to the Golden Boot.

Biggest Moment: During their relegation battle in the 2004/05 season​, Palace hosted ​Liverpool at Selhurst Park in dire need of three points. The visiting Reds were chasing ​Champions League qualification, while the Eagles were trying to stay up.

Johnson found his way into the box and headed past Jerzy Dudek to put Palace in front, and eventually earn the win. It was a huge win for the Eagles and a massive result against the eventual European champions, in arguably Johnson’s finest moment for the club.

You may not have expected to see a goalkeeper feature on this list, but Julian Speroni is a special exception. The Argentine shot-stopper left Dundee United to join the Eagles in 2004, and left 15 years later as an absolute club legend.

Speroni made over 400 appearance in between the sticks, and was Palace’s number one for over a decade and a half. Not only was he an ever reliable goalkeeper, but he pulled off some magnificent performances in big games across the top two divisions.

Biggest Moment: Every great Palace performance was backed up by a solid Speroni display, and the prime example is the 2013 Championship playoff final.

While Phillips stole all the headlines for his winning penalty in extra time, Speroni played a key role at the back. Keeping Watford at bay for two hours under pressure took a big performance, and the Argentine certainly delivered under the Wembley arch. 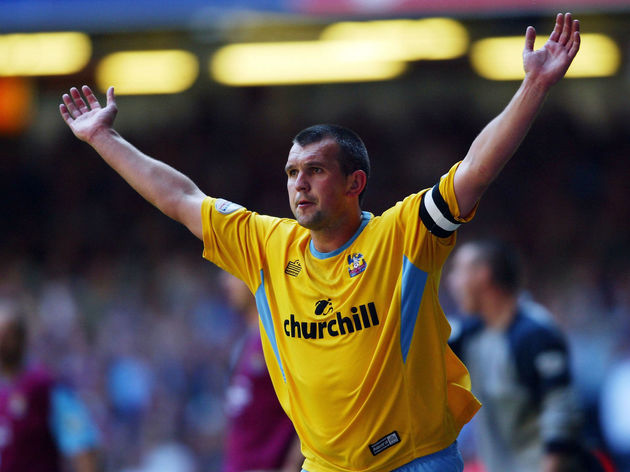 Neil Shipperley made 74 appearances across two spells at Crystal Palace, for two years either side of the millennium. The English forward scored 15 goals for the Eagles in his time there, though will be best remembered for the 2003/04 season.

Crystal Palace reached the Championship playoffs, meeting Sunderland in the semi-finals. Shipperley scored Palace’s first in the 3-2 first leg win, before netting in the penalty shootout to help the Eagles reach Wembley. He had played a crucial role, though his best was yet to come.

​Biggest Moment: The 2004 playoff final threw up an exciting London derby, as Palace met ​West Ham for a place in the top flight.

Shipperley’s second half strike settled the final at the Millennium Stadium, earning the Eagles promotion to the Premier League thanks to his heroics in south Wales. 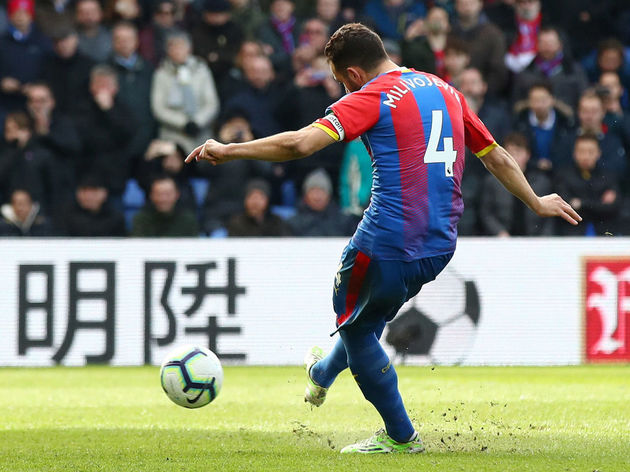 Palace’s current club captain, Luka Milivojevic always leads by example. The Serbian midfielder moved to Selhurst Park in 2017 from Olympiacos, and instantly hit a chord with the Palace faithful after assuming the armband.

His penalty prowess is what has mainly earned him plaudit, but it is his consistency from the spot that has proved so pivotal for Palace. Milivojevic has scored a host of crucial spot kicks over the years, with 26 goals for the Eagles.

The Eagles stunned the champions to secure a 3-2 win, including a stunner from Andros Townsend. However, Palace wouldn’t have sealed all three points without Milivojevic’s excellent penalty, which put the game beyond City’s reach and wrapped up a historic victory.