In quite the opposite respect, if these two clubs are ridiculed for only being incepted this millennium, Leeds United went bust in about 2004.

Nevertheless, if you watch any footballing years recap show – which you’ve probably done plenty of in between Football Manager sessions lately – Leeds will play their part.

Depending on your allegiance, this list could make you cry because you miss the good times or laugh because of how Leeds have fallen. So strap yourself in, and don’t worry Leeds fans, we’ve not forgotten the recent glory days of finishing second in League One. The Duke. Doesn’t get the credit he deserves for his spell in the Premier League. Admittedly he’s not at the elite level of strikers we’ve seen on these shores such as Thierry Henry and Sergio Aguero, but he’s undoubtably in the next best category.

With his back to goal the big Aussie was imperious. His strength combined with his magic touch meant he was a nightmare for Premier League defences, scoring 59 goals in 130 league games for the club.

His four goals against ​Liverpool in a dramatic 4-3 win will never be forgotten, but they’re not the biggest contribution he made to the club.

Most Clutch Moment: In 2003, with relegation looming, the big man bagged a late winner at Highbury to ensure ​Leeds would spend another season in the Premier League. Nine goals in Leeds’ final six games of the season go a little way to showing you how influential Viduka was in keeping Leeds up. 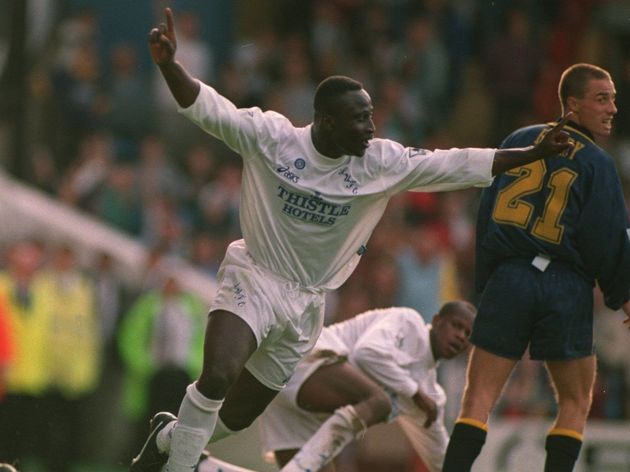 Remembered most fondly for his wonder strikes, Yeboah wasn’t just a scorer of fantastic goals, he was a fantastic goalscorer. 24 Premier League goals in 40 games tells you as much, but admittedly it’s his worldies against Wimbledon and Liverpool which he’ll always be remembered for.

The Ghana international reportedly fell foul of the iron-fisted George Graham and was soon heading for the Elland Road exit door upon the arrival of the former Arsenal boss, but his time in England won’t be forgotten.

Most Clutch Moment: His hat-trick against Monaco in the 1995 UEFA Cup as Leeds romped to a 3-0 win. The gravitas of Beckford’s most important moment in a Leeds shirt is probably summed up by the fact it eclipses his winner at Manchester United in the FA Cup. Leeds fans may disagree on this one, but deep down they know I’m right.

Most Clutch Moment: 2007, the unthinkable, Leeds’ first ever season in the third tier of English football. Three years later and they’re still there. But it’s OK, they’re walking the league, then (obviously) the wheels fall off. A catastrophic second half of the season sees Leeds take seven wins from 22 games.

They go into the last game of the season in second place, a point ahead of Millwall. Step forward Jermaine Beckford. The big man puffs his chest out to score the winner for ten-man Leeds and secures promotion back to the Championship. Alan ‘Leeds for life until they get relegated and then I’m off to their biggest rivals Man Utd’ Smith.

Just a few years before being relegated, Leeds boasted one of the hottest frontlines in English football. With Viduka, Smith, Robbie Keane and Robbie Fowler, David O’Leary had an embarrassment of riches at his disposal.

Boyhood Leeds fans Smith didn’t have the fairy tale ending as he saw his club relegated to the Championship in 2004, but he experienced the greatest time the club has had in the Premier League era.

Most Clutch Moment: Scored in Leeds’ 3-0 win over Deportivo La Coruna in the 2001 Champions League quarter-final first leg. Leeds went on to win the tie 3-2 on aggregate and progressed to the semi-final of the competition. The enigmatic Frenchman is most well-known for his time at Leeds’ rivals Man Utd, but before any of that he was instrumental in Leeds’ title winning side of 1992 – the final season before the inception of the Premier League.

Cantona didn’t have a good track record when it came to settling in for long stints at clubs, so the two seasons he spent at Elland Road were, at the time, pretty impressive.

Obviously he went on to eclipse his achievements in west Yorkshire, leaving a sour taste in the mouths of Leeds fans, but there’s no doubting the talent of the man.

Most Clutch Moment: His hat-trick in Leeds’ 4-3 win over Liverpool in the 1992 Charity Shield. Back when people used to care about the season’s curtain raiser. 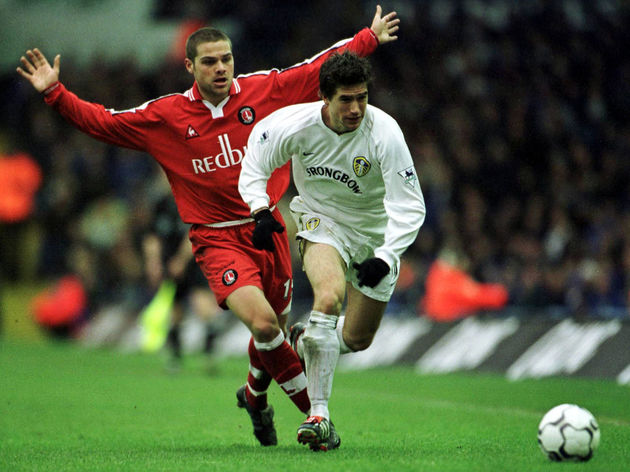 Another of Leeds’ stars who left for pastures new as the going got tough. Kewell’s performances in a Leeds shirt saw him become one of the hottest properties in European football, with a number of Europe’s biggest clubs courting him at one time or another.

Despite going on to win the Champions League at Liverpool, the Australia international undoubtedly enjoyed the best form of his career in a Leeds shirt and was an integral part of the 2001 Champions League semi-final side.

Most Clutch Moment: Scored in Leeds’ 3-0 win over Slavia Prague in the first leg of their 2000 UEFA Cup quarter-final. Special mention for the wonder strike against Arsenal in 2003 which helped his side to a 3-2 win and ensured Premier League survival. 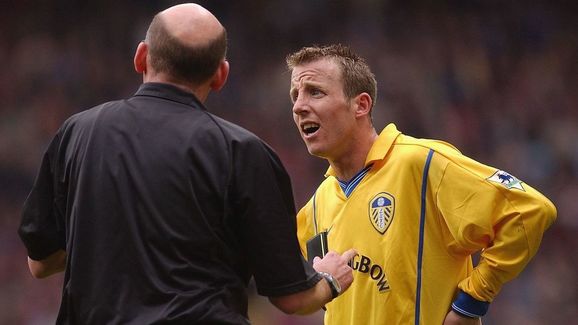 Not the name you expected to see at the end of this list, but it sits here with good reason.

Bowyer, despite being a bit of a hothead and a little tempestuous (let’s be honest, we’re all thinking of that fight with Kieron Dyer) was a very good player on his day.

After leaving Leeds his career turned into a bit of ceremonial tour of the country where he achieved very little; down to West Ham, up to Newcastle, quick fight, back down to West Ham, into Birmingham and finally over to Ipswich. It’s a shame considering what a talent he was at a young age.

265 appearances for Leeds in their greatest Premier League period, contributing 55 goals, tells you what a force Bowyer was in his pomp.