Newcastle United fans have experienced some of the highest of the highs, and the lowest of the lows during their time in the Premier League.

A side oozing class and star power came painfully close to not one, but two, Premier League titles in the 1990s, but finished second both times.​

Newcastle reached another height in 2002 when they played Champions League football among European greats, albeit not for long. And what looked to be another promising decade in the early 2000s turned into a nightmare one, as the Magpies fell from grace and out of the Premier League in 2009. Newcastle are once again a top-flight team, but another turbulent decade in the 2010s has been marred with uncertainty and anguish toward their owner.

So, who has been most instrumental for the Toon throughout the Premier League era? You’re about to find out. Here’s 90min’s list of Newcastle’s seven best big game players.

The Senegal international signed in January 2012, and linked up with fellow countryman Demba Ba to create an instant impact. His finishing proved lethal, as he scored the winner against Aston Villa from the subs bench on his debut (not literally from the actual bench, although I’m sure he’s capable of that).

His consistent goal scoring saw him rip the Premier League apart in the second half the 2011/12 season, as he scored 11 goals in his first ten games, and helped the Magpies to an astonishing fifth placed finish.

Biggest Moment: During his debut season, Cisse bagged a brace away to ​Chelsea and secured a 2-0 win for Newcastle at Stamford Bridge. For his second finish, Cisse struck the ball on the half-volley with the outside of his foot, and swerved it over Petr Cech in absolutely ridiculous fashion. No prizes for guessing that it was goal of the season. 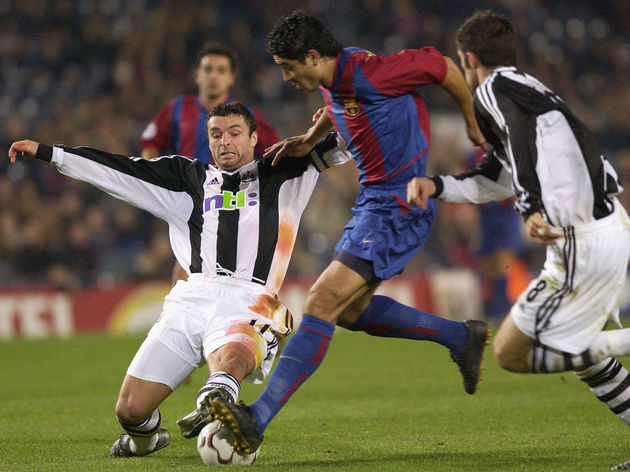 The late, great Gary Speed racked up over 200 appearances and scored 29 goals for Newcastle in a career that boasted 840 total domestic appearances.

Signed in 1998 by Kenny Dalglish, ‘Speedo’ missed out on the Magpies’ two most successful seasons in the Premier League, but would himself come agonisingly close to silverware with the club as Newcastle finished runners up in both the 1998 and 1999 FA Cup Final.

Versatile as ever and rarely troubled by injury or discipline, the Welshman was vital in the midfield for Newcastle as his combative and passionate performances established him as a key player, and a fan favourite in the North East, during their most successful period.

Biggest Moment: It seems criminal that we can’t discuss a 10/10 display as Speed lifted back-to-back FA Cups with Newcastle, but that isn’t to say he didn’t have other great moments. The late Bobby Robson hailed Speed for helping Newcastle reach the Champions League in 2002, and in the 02/03 season, he scored the equaliser in Europe against Dynamo Kiev which inspired his side to a 2-1 victory.

Gary Speed unfortunately passed away in 2011, but left a ever-lasting legacy in both Newcastle and the rest of the footballing world. The signing of David Ginola from Paris Saint-Germain in 1995 showed then-manager Kevin Keegan’s determination to take Newcastle to new heights in football.

The midfielder quickly became a favourite in Tyneside​, due to his natural flair and incredible on the ball ability. His performances in the 1995/96 season were key to Keegan’s side’s success, as they were 10 points clear at the top of the table in January 1996.

Biggest Moment: Ginola’s goal in Newcastle’s 5-0 thrashing of Manchester United in October 1996 was met with joy from the Geordie faithful, who were again watching their side dismantle the reigning champions, and believed that they could go on to win the league.

Ginola’s career in the north east would come to an end shortly after however, after he agreed a transfer to ​Tottenham From one exciting Frenchman in Newcastle to another, Hatem Ben Arfa was electric for a brief period under Alan Pardew.

After an initial season-long loan was agreed in August 2010, marred by a nasty leg break, Ben Arfa signed permanently with Newcastle in January 2011.​ Newcastle fans watched Ben Arfa grow into a terrifying dribbler of the ball, with the ability to score wonder goals at will.

Biggest Moment: One of these wonder goals was his superb solo equaliser against Blackburn in the FA Cup Third Round in January 2012. Ben Arfa picked up the ball 10 yards from the halfway line, and skipped past four Blackburn players before riffling the ball into the roof of the net from a few yards out.

Despite Ben Arfa’s ability to create several of those memorable moments, reported attitude problems seem to have gotten the better of his career at times. He left ​Newcastle in 2015. 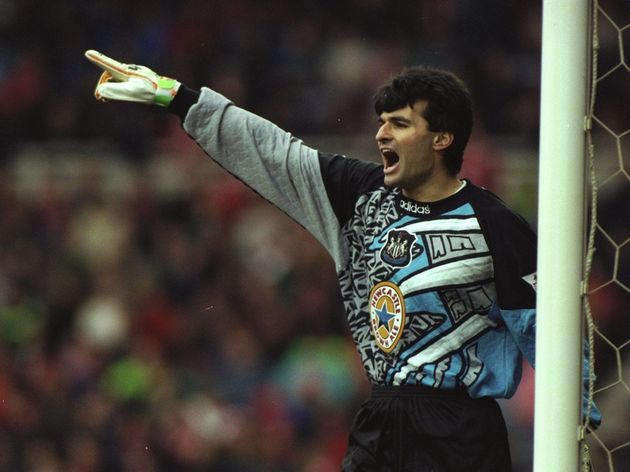 Czech goalkeeper Pavel Srnicek was one of a few Newcastle players signed during the early 90s who saw the club transform from a struggling old Second Division side into one of the best teams in the Premier League.

Srnicek regularly faced battles for the number one spot, but would ultimately establish himself as the first choice keeper during the Magpies’ two best Premier League seasons to date. He also grew into a fan favourite during his first spell with the club, earning the chant ‘Pavel is a Geordie’ for his efforts.

Biggest Moment: His heroics earned him a Man of the Match award against ​Everton in December 1995, as his saves ensured that Newcastle hung in for a 1-0 victory and maintained a 100% record at the time. Three points arguably secured by himself.

Srnicek would eventually move on, but returned to Tyneside for a very brief second spell Striker Les Ferdinand quickly became a hero on the Toon despite only actually playing for the Magpies for two seasons.

Ferdinand made the move to the north east in 1995 and bagged 29 goals in his first season with Newcastle as they finished runners up in the Premier League. Despite surrendering that 12 point lead in the 95/96 season, Ferdinand remained a constant positive with his clinical finishing.

Partnered by new signing and hometown hero Alan Shearer, whom he surrendered the number nine shirt to in his second season, Newcastle once again looked threatening as ever, but could only manage another second placed finish. Ferdinand would shortly sign for boyhood club Tottenham in 1997, after scoring 50 goals in 84 games in all competitions up north.

Biggest Moment: ‘Sir Les’ made an instant impact at Newcastle, scoring on his Premier League debut in what would be the start of a prolific two seasons. A particularly notable goal was his winning effort against local rivals Middlesbrough in January 1996, which extended Newcastle’s run of form to five consecutive Premier League wins.​ A list involving Newcastle greats can’t not include Alan Shearer. He is after all, the club’s greatest ever marksman.

When Shearer chose to snub Manchester United to sign with boyhood club Newcastle in 1996, pulses were set racing among the Geordie faithful amid belief that they could topple the Red Devils and become the gold standard of English football.

At the time, Shearer was one of the very best in the business – but despite scoring goals for fun, his exploits were not enough to lead the Magpies to title glory. He would stick with the club through thick and thin, score goal after goal and become a legendary figure on Tyneside. A wise

Biggest Moment: While his goal and two assists in the 5-0 thrashing of Manchester United comes to mind, Shearer’s strike versus Tottenham in the 1999 FA Cup semi-final proved crucial, as it sent Newcastle to Wembley.

He would later top that by becoming the club’s record goal scorer, surpassing Jackie Milburn’s record in front of the Gallowgate end.