​Do we all really lack that much imagination in life, that we feel the need to copy the latest hairstyle that any celebrity reveals? Well, this coronavirus outbreak may have stopped us all from going to the hairdressers, but it hasn’t prevented the world from shaving its collective head.

But in this case, it may not only be because we’re a race of lemmings racing to jump off the nearest cliff one by one. A recent study suggests that we’ve all decided to lop off the man buns and top knots of yesteryear due to our pent up energy, and the extreme boredom subsequently forces us to release our adrenaline through our razors.

But guys, come on. We can do better than this. We don’t know how long we will be under this lockdown, and frankly, there is plenty of time to perfect your barber skills and give yourself a proper hairdo.

What’s that? You’re lacking inspiration and ideas? Don’t worry lads, 90min has got your back. Here’s a list of some of the best football haircuts you should attempt to replicate during this period of quarantine. Let’s get this obvious one out of the way, shall we? In terms of curbing your natural craving to give yourself a skinhead, this is a nice compromise.

Channel your inner Ronaldo 2002, shave all of your head, but stop just as your razor gets to the fringe. Job done. Next! 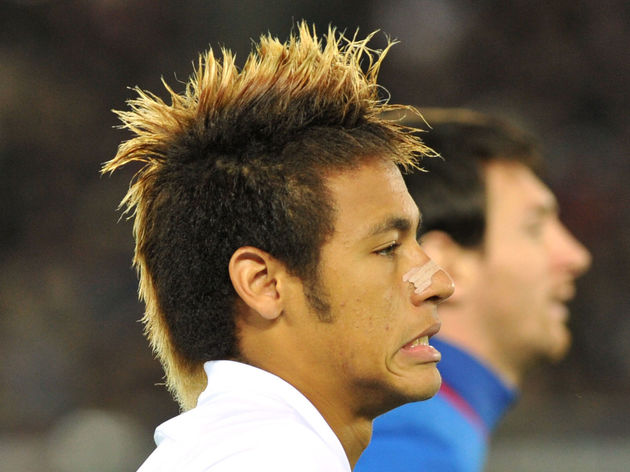 ​Neymar’s grimace says it all, really. In order to recreate this barnet, you require time, patience, and little-to-no-shame. Grow out your locks for a few months, so it’s just about long enough for you to walk into a grunge night at the local night club without arousing suspicion.

​Then, shave both sides, dip-dye a bright blonde streak down the centre of your swede like a fancy badger, and spike it up like it’s 1999 and you’re about to hit up your primary school disco. Don’t forget the words to Reach For The Stars, and keep your coins to hand for the tuck shop!

“The usual cut, is it Franck?”

“W​ell…. Ok, hear me out. What about if you give me the usual chop, but then shave the number 7 into the side of my head?”

“…But Franck, you’re 35 years old. And what are you going to do with that 24 carat gold steak you’re holding?” 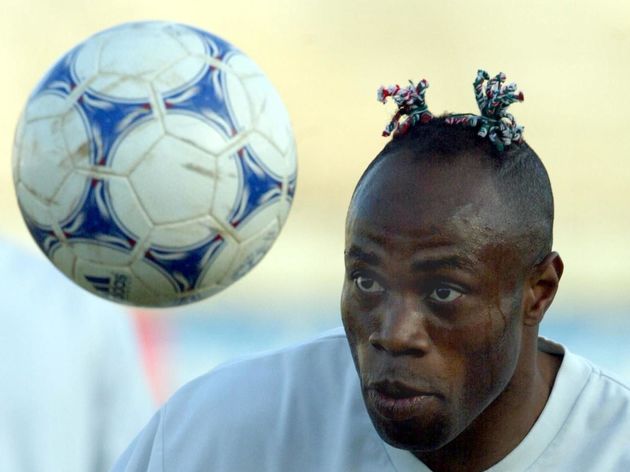 ​The shaved head. The green and pink pigtails on the crown. How does someone with such bright and bonkers hair still manage to look so hard?

You might not need a lot of hair dye to pull off this particular cut, but one thing you’ll need in abundance is stones.

Cesc Fabregas may have aged like a fine bottle of wine, and evolved into a typically dark and attractive Spaniard, but back in the early days, the ​Arsenal man was more caterpillar than butterfly.

The boyish good looks were there, but the unfortunate mullet and blonde highlights took centre stage. A spiky mullet – the early 2000s were simply extraordinary. 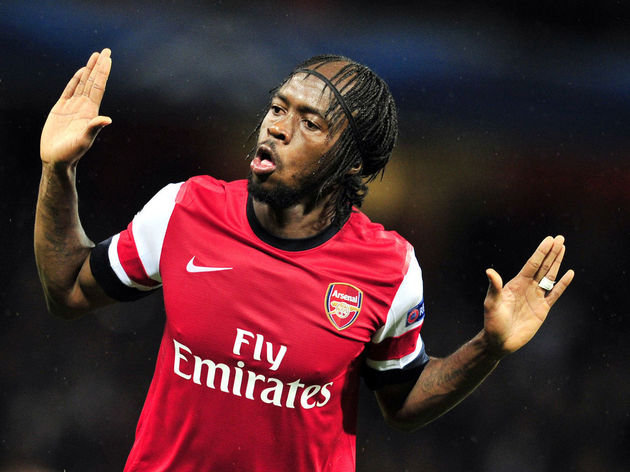 I mean…where do you start with this one?

If ever there was a campaign for letting go of your locks when your hairline gives up on you, then Gervinho should probably be the face of it. Or the forehead of it. Actually, make that the five-head of it.

The ill-placed headband really did the Ivorian no favours, either. I wouldn’t even know how to go about growing this ‘style.’ Pay close attention to this one, or you just may miss it. Yes, from head on, Rodrigo Palacio is bald. But from the side, it’s a whole other story.

Without doubt the most disturbing haircut in football, Palacio has made the rat tail his very own look – probably because no one else would ever dream of sticking such a thing to the back of their heads.

I’m getting uncomfortable just looking at it. We’re stretching back to 2008 for this one, and although this barnet only made a brief cameo, it made a lasting impression on our sport forever.

What did Jermain Defoe actually ask for when he sat in the barber’s chair to get this masterpiece? “A wonky, skinny mohawk. Kind of like a basketball.” That’s probably what. Do not try this at home.