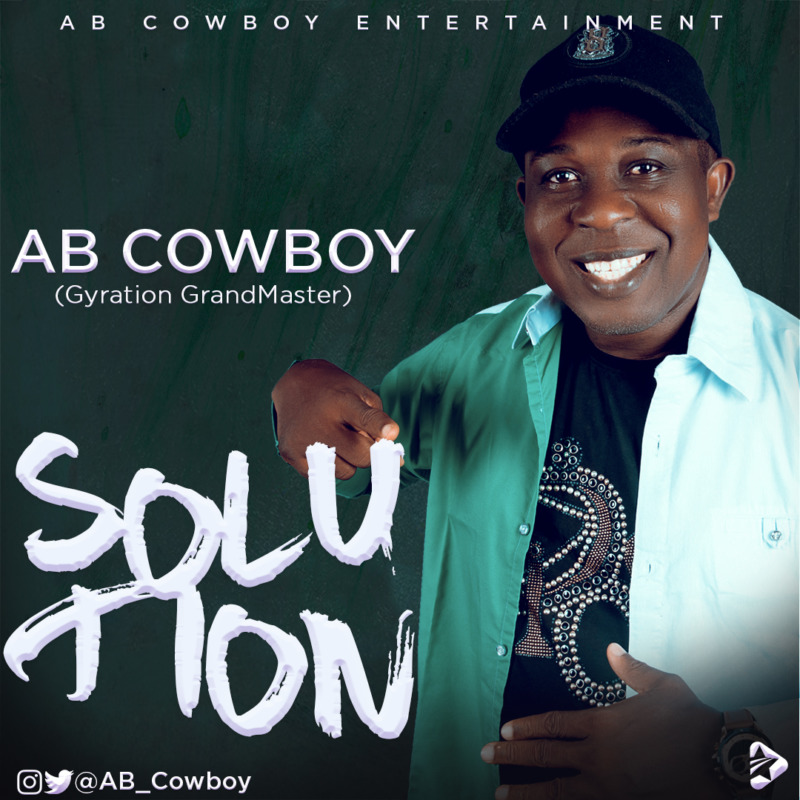 AB COWBOY ENTERTAINMENT Presents ‘SOLUTION‘ a GYRATION sound that will keep you dancing.

AB COWBOY started his Music Carrier in 1997 With the First joint album he released with Tony One Week Titled COMMRADS IN JARA. After that, He had his 1st Solo album in 1998 Titled CARDIAC EXPLOSION, Year 2000 Millennium Gyration, 2003, COMRADIC ENJOYMENT. 2010, JOLLY AND BEMBESTIC in 2012. AB COWBOY is also an Actor and Currently the National Director of Guild Services (DGS) Actors Guild of Nigeria AGN.