​If we had to guess, you didn’t come here for the introduction, did you?

We’ll keep the waffle down to a minimum, but the ground rules for Bayern Munich’s ultimate 25-man squad is important.

Players are only eligible for election if they’ve made an appearance for Bayern Munich during the 21st century. So, sorry Oliver Kahn – It might be a stereotype that goalkeepers have to be a bit crazy, but Kahn certainly lived up to that reputation.

Michael Rensing – He’s not the most well-known names at Bayern Munich, but Rensing is one of just a handful of goalkeepers who’ve been directly involved in a goal for the club. Philipp Lahm – There aren’t many players who would walk into Bayern Munich’s best-ever team, but Lahm’s place is undoubtedly set in stone.

Joshua Kimmich – Kimmich might be used as a midfielder more often these days, but he’s still one of the best right-backs in European football and at 25, he’s already made more than 200 appearances for the club. Jérôme Boateng – It’s easy to forget just how impactful Boateng has been at Bayern Munich due to his problems with injuries, but even as recently as 2016 he was voted as Germany’s footballer of the year.

Mats Hummels – Just like how Neuer has changed fans’ perception of goalkeepers, Hummels’ ability on the ball has helped to do the same for centre-backs.

Samuel Kuffour – Fans outside Bavaria might not be familiar with who Kuffour is, but at the peak of his powers he was one of Bayern Munich’s best players and he still holds the record as the most capped African player in the club’s history.

Daniel Van Buyten – He moved to Bayern Munich at the end of his career, but Van Buyten still lifted 14 pieces of silverware during his eight-year stretch at the Allianz Arena. Bixente Lizarazu – Only Franck Ribery and Willy Sagnol sit higher as Bayern Munich’s most capped French player throughout their history. Xabi Alonso – His best years were behind him when he eventually moved to Bayern Munich but Alonso was vital to helping the club adapt to Pep Guardiola’s style.

Bastian Schweinsteiger – One of just three players to reach 500 games for Bayern Munich in this century. Certified legend. Franck Ribéry – As well as being Bayern Munich’s most capped foreigner,

Alphonso Davies – The Canadian is known as a left-back thanks to his breakout performances this season, but Davies will move back up the pitch once Bayern Munich’s defence returns to fitness. Zé Roberto – The Brazilian was more of a winger by trade, but he worked wonders in most positions he played and, for some, would even make Bayern Munich’s best all-time XI. 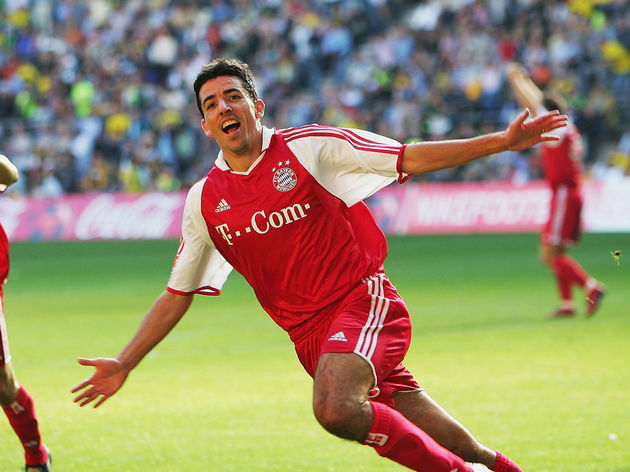