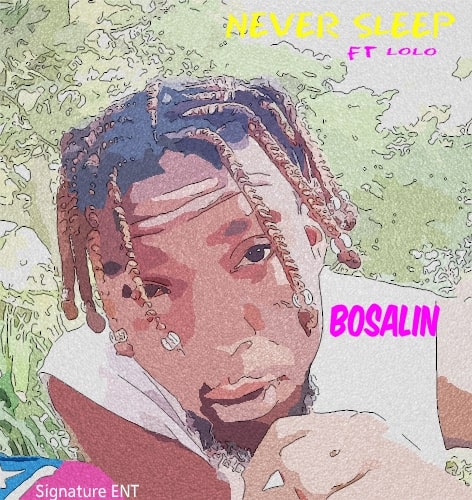 After a prolonged hiatus that has not seen him release a single for close to 2 years, Indigenous rap artiste, BosaLin has returned with a brand new single titled “Never Sleep,” a song on which he featured talented female rapper, Lolo.

The song was produced by the rapper himself and co-produced by Fantom. The music video shot in South Africa by South African based video director, Rp2 of Buzzy Brains and it will drop anytime this month.

He is currently working on his forthcoming project titled Started From The Jamkpa and it will be out as soon as possible.

And all the F nwanne oga treat all