​Brescia owner Massimo Cellino has revealed that he has promised midfielder Sandro Tonali that he will be allowed to leave if he asks for a transfer this summer.

The 19-year-old is one of the brightest prospects in Italian football and has attracted interest from some of the planet’s biggest sides. A move failed to materialise last summer, but now he has a year of top-flight experience under his belt, teams are expected to return with fresh bids once the window opens. 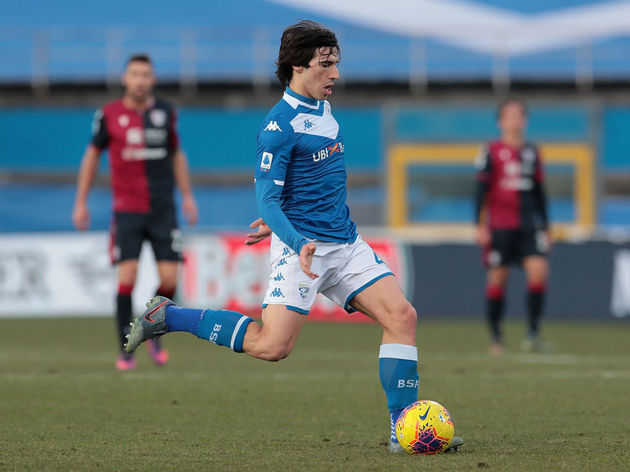 Both ​Juventus and ​Inter have been heavily linked with Tonali, but Cellino told ​Tuttosport that he would prefer to sell the youngster to a different Italian side.

“My dream would be to keep Tonali. I would be willing to do somersaults,” he said. He knows that when he asks me to leave, I will let him go. It is not a question of price, the important thing is that Tonali chooses with the heart, and it is only he who decides.

“I’d like to see him in Rome or ​Napoli. But that will be difficult. I would prefer him to remain in Italy anyway. It will depend on Tonali, he will choose [which team he joins]. But I hope he stays in Italy. He must become another [Andrés] Iniesta.”

It’s not only Italian sides who have pursued Tonali. Both ​Manchester City and ​United have followed him in the past, while ​Liverpool and ​Chelsea have both been unconvincingly linked with the midfielder, but remaining in Italy is seen as the most likely outcome.

Cellino also revealed that an unnamed team in the ​Champions League lodged an offer for Tonali in January, but Brescia were not interested in doing business midway through the season.

“In January, a very important team came to me telling me that they wanted Tonali,” he admitted. “I didn’t discuss numbers, but only asked one question: ‘Would you let him play straight away in the Champions League?’

“They said: ‘We would leave him in Brescia until the end of the season’.