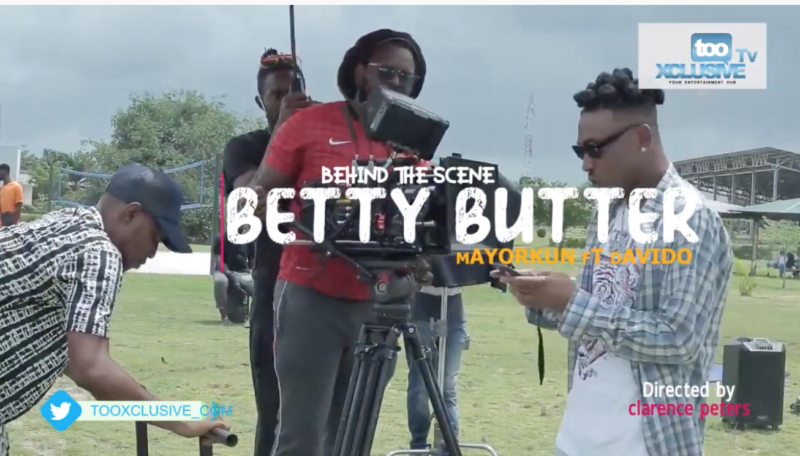 After the success of “Geng” and “Of Lagos,” DMW act, Mayrokun recently released a new hit “Betty Butter’ and featured his boss, Davido.

‘Betty Butter’ is a mid-tempo Afro-fusion track with lots of word-plays and infectious lambas. According to Mayorkun, the track was inspired by his conversation with Davido about women and social media. Its music video which released alongside the track perfectly emulates the song.

Directed by award-winning director, Clearance Peters, and shot in Lagos, Nigeria we bring to you scenes from the video shoot. Watch the video below: