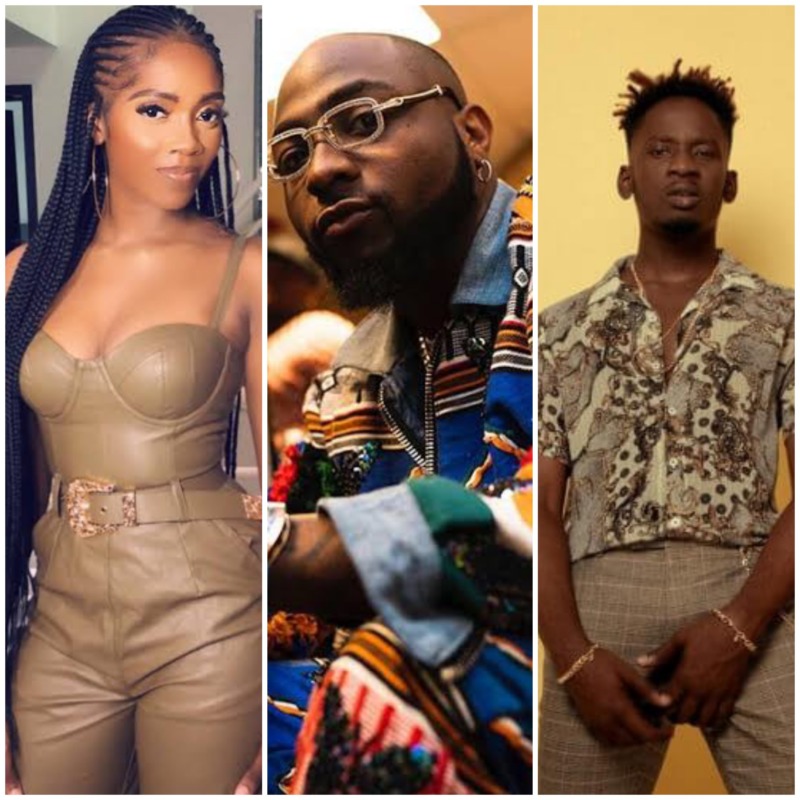 Nigerians sensational music acts, Davido, Tiwa Savage & Mr Eazi are on the cover of the May edition of the Billboard Magazine.

It’s another win for the Nigerian music industry as its artistes continue to gain recognition on an international level. Davido, Tiwa Savage, and Mr Eazi have another achievement to brag about as they are the latest artistes to grace the cover of the Billboard magazine. According to the popular American magazine, the three singers who were clad in stunning African prints for the shoot, are Africa’s biggest stars and are making the industry come to them.

A very excited Davido took to his social media pages to announce his recent feat. He wrote: “I cover magazine I cover magazine !!! ??? @billboard Cover with my sister @tiwasavage and brother @mreazi !!! ?? …. “The forces that unite us are intrinsic and greater than the superimposed influences that keep us apart.” – Africa Must Unite ! I DREAMT OF THIS SHIT!! ????”