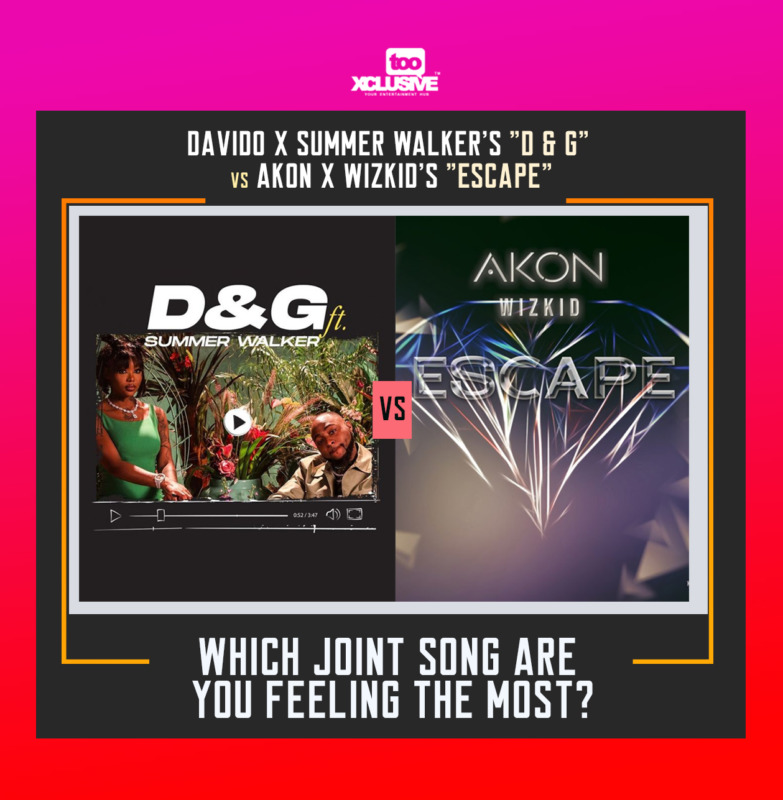 In the month of April we got two international collaborations that popped out/came to life, these are; Davido’s “D & G” featuring American singer – Summer Walker and Akon’s “Escape” featuring our Starboy – Wizkid.

“D & G” was off Davido’s ‘A Good Time‘ album, the release of it music video turned the track a major song now. Akon also on the other hand Officially released his earlier leaked song – ‘Escape‘ which featured Wizkid.

Both songs are currently the best Nigeria-International joints that buzzing on all Digital stores/platforms and also receiving massive Airplay. Between “D & G” by Davido x Summer Walker and “ESCAPE” by Akon x Wizkid… Which Are You Feeling The Most? Which Is Rocking Your Playlist?

9 Hot Nigerian Songs You Should Listen To This Week « tooXclusive