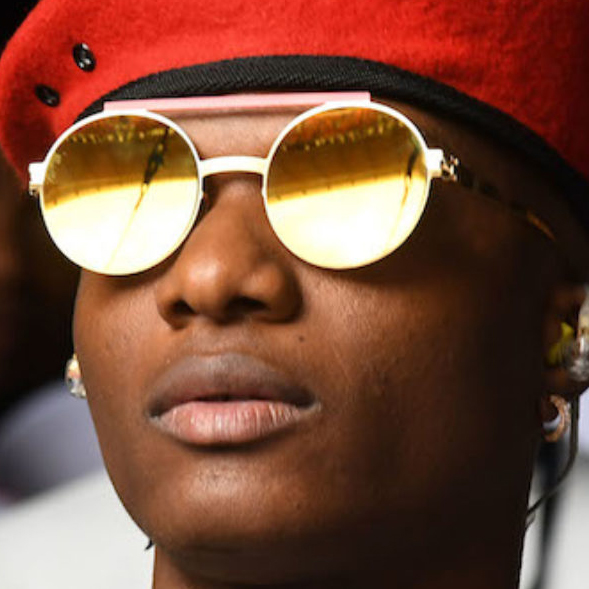 It’s two days to the 16th of July, 2020 and we can already feel the excitement stemming from Wizkid FC. It’s a day we’ve all been waiting for, and we can already see the headlines both locally and internationally – ”Wizkid finally drops “Made In Lagos Album.”

We’re as excited as you are for this album, but we can’t seem to trust Wizkid. Over the years, we’ve come to notice that the man speaks the truth about everything except release dates. He has been teasing us with the album for over three years, and now we don’t even know what to feel (we on tire)

He surely must have his reasons for delaying the release, but this always comes to mind. Why would Wizkid act so on nonchalant about an album the entire world has been waiting for, for years? In a bid to save you’ll from heart attacks and endless wailing and screeching more deadly than the coronavirus and even Ebola, we’ve come up with a few points to make you know why you shouldn’t anticipate Wizkid’s forthcoming album ‘Made In Lagos’ on 16/07 as stated by the Starboy.

Wizman is turning 30 years on the 16th of July in case you didn’t know, so we feel like he was just exciting his birthday. Who wouldn’t be excited turning 30 and at the same time being one of the most celebrated artistes Africa has ever seen? He didn’t come out to say he was dropping the album on the reported date so we can’t be too sure.

Lai Lai Wizkid
Let’s take a trip down memory lane, shall we? The writer of this article was blown away when Wizkid said he was going to release four albums in 2020 at his iconic “Made In Lagos” show in 2019. We’re six months into the year, and not even one single has been released. Let’s not also try to recall how he has shifted the release date of some of his singles in the past.

Soundman
Like a thief in the nighty, Soundman Vol.1 was released, no social media hype, no hint, nothing. It just came as a surprise to everyone. The seven-track EP is still one of the most streaming projects in 2020, but we are scared ‘Made In Lagos’ might end up having the same fate. Well, Wizkid said he would drop “Soundman Man Vol 2” before “Made In Lagos” which is nowhere to be found. So if Wizkid would be dropping anything on 16/07 as mention, it might be ‘Soundman Vol.2‘ (that if there is even an initial Vol.2).

You might argue that the singer is serious this time because he sent a vote of thanks to some artistes and producers that supposedly worked on the album on his Instagram page. They include; H.E.R, Damian Marley, Burna Boy, Terri, Tems, Ella Mai, Blaq Jerzee, London, Kel P, P2J, and so on but is that how tracklists are announced?

He also did something similar last year (Gave us a tracklist sketch on white board). Despite playing some of the ‘suspected’ songs on the album live on Instagram, he still failed to drop the album. Wizkid is a big fish, and an artist of his calibre wouldn’t want to do things the improper way. He is signed to one of the biggest record labels in the world so were super sure that he wouldn’t want to mess up his fourth (4th) studio album.

Social Media Paparazzi/Promotion
Another thing that comes with releasing an album is social media hype. Technology has made it easier for artists to promote their music with social media apps like Instagram, Snapchat, Facebook, and others without paying a dime.

Well, except you’re bigger than Queen Beyonce herself, as an artist, you must have some form of hype when a significant project that could make or break your career is about to be released. We get it, the name Wizkid is big already, he’s gone global, but a little hype would go far. Even the biggest artistes go on a promotion spree just to push one single. This man is playing with us.

Interviews/ Online Presence
Wizkid is barely online and when he does come online, its to share pictures of the beautiful flowers in his backyard, or his adorable little one, Zion for his over 10 million followers to see. Interviews? Nothing. It’s been long we got an interview session from Wizkid, even if it’s an Instagram live session or a virtual interview it would calm the nerves of fans.

So there you have it Wizkid FC, we have your best interest at heart. But we have to give it to you guys; you’re strong and loyal to Wizkid. Not many artistes have solid fanbases that’s willing to fight to the death.

Prove us wrong us Wizkid! We dey wait

What if Wizkid is planning to surprise us with something different from music. Maybe he’s getting married? Having another baby? Retiring? Or better still, maybe is planning to be a monk (there’s that Buddha statue in his house) who knows? we just know Wizzy baby is going to cause trouble on that day. 16/07 anticipate But not ‘Made In Lagos’ album please so you do stay heartbroken on World Wizkid’s Day.