Beside Haaland though, Lucien Favre has very limited options up front. In fact, he has none. 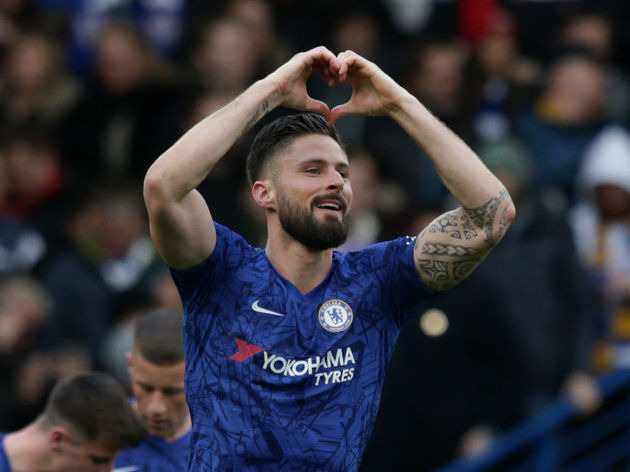 Steve Bruce was asked why he didn’t sign a new striker in January at ​Newcastle. His reply was to say that he didn’t think any forwards available were better than anyone he already had at the club.

When a player as talented as ​Olivier Giroud becomes available then, potential suitors take notice. ​Tottenham and ​Inter went sniffing around, but ​Chelsea held onto the Frenchman as they struggled to find a replacement to the former ​Arsenal man. In the end, it was a blessing – Giroud filled in admirably when Tammy Abraham became injured.

He scores goals and he’s a technical forward when build up play requires it. Wouldn’t be expensive. Would be worth it. Israeli international Dabbur signed for Hoffenheim until 2024 in January. An approach would certainly turn the 27-year-old’s head though, and if Dortmund are lucky then he wouldn’t cost much more than the £11m Hoffenheim paid for him to leave Sevilla.

Dabbur’s most productive years came between 2014 and 2019 as a prolific scorer for Grasshoppers in Switzerland and then Austria’s Red Bull Salzburg – also the previous employers of Haaland.

The Hoffenheim man is just coming into his prime. BVB would be sensible to cash in on that. A bit of a journeyman, German-born Joselu has experience in ​La Liga, the ​Premier League with ​Stoke City and Newcastle, and crucially the ​Bundesliga. Between 2012 and 2014, he was on Hoffenheim’s books, spending the second of those two seasons on loan at Eintracht Frankfurt.

Briefly a ​Real Madrid player, he seems to have found form again at Alavés, for whom he has struck nine goals and three assists from 26 La Liga outings since joining last summer. Valued at just £6m, the 30-year-old would be a bargain for a club who spent a mighty £133m across both transfer windows this season…

Striker featured in 90min’s list of ‘4 Positions Borussia Dortmund Need to Strengthen & the Players They Should Sign to Fix Them’ – click to take a look at the other positions discussed and who the club could sign in each.