​​Aston Villa have endured a turbulent return to top flight football this season.

Despite reaching the Carabao Cup final – where they gave a good account of themselves against a strong ​Manchester City side – the club is currently sitting in the drop zone with a game in hand their only major source of hope for safety.

The former European Cup winners will be hoping to secure Premier League football for next season, and to follow in the footsteps of their high flying Midlands neighbours ​Wolves.

If they are to improve next season, they will certainly need a handful of fresh faces to rubber stamp their league credentials. Here’s a look at their potential dream squad for the 2020/21 season.

The Villans are in desperate need of reinforcements at the back as well, as a proven goalscorer up top. 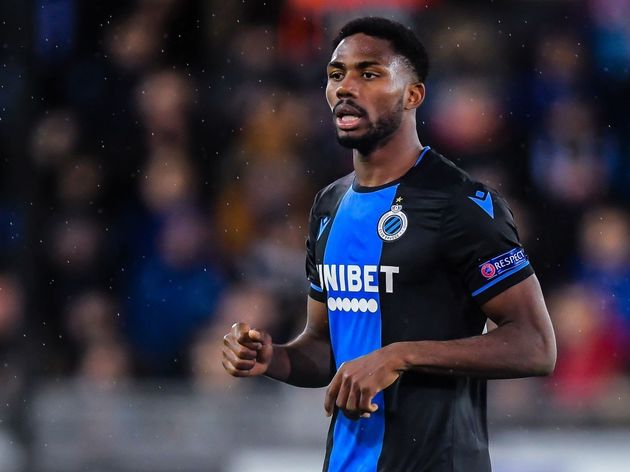 Pierluigi Gollini – While he may not have set the world alight in his first spell at the club, the former ​Manchester United goalkeeper would return to Villa Park on the back of a few impressive seasons for Italian high fliers Atalanta. £16m

Jan Vertonghen – The club may have signed a multitude of centre-backs last season, but they are still sorely lacking in the defensive area. While his best days may be behind him, the Belgian would provide some much needed experience at the back. Free

Antonee Robinson – The ​Wigan defender was unfortunate to see his move to AC Milan collapse in January, but it speaks volumes of his potential. He would also provide much needed competition for Matt Targett. £10m

Nathaniel Clyne – The former ​Southampton right-back has been plagued by injuries in the last few seasons, but there’s no denying his quality when he’s at his best. Free.

Nathan Ferguson – Such is the poor quality of Villa’s current options, a second right-back may be required, with the young Ferguson able to learn from the more experienced Clyne. £20m

Said Benrahma – The highly talented ​Brentford winger has been touted for a move to Villa Park for a while, as former Bees manager Dean Smith looks to strengthen his attacking options. £20m

Emmanuel Dennis – Club Brugge striker Dennis may not be a household name, but he showed his quality in the UEFA Europa League game against Manchester United earlier in the season. The club have been crying out for a top level striker this season. £20m

Keeping Jack Grealish – It may not be a transfer, but if Aston Villa were to keep their main man next season… Priceless.

Dean Smith will need to clear out some members of the squad who played in the Championship, and perhaps need to return to that level. Pepe Reina – The former ​Liverpool stopper joined on loan in January as cover for the injured Tom Heaton but hasn’t exactly covered himself in glory – most notably when he surged out of goal against Leicester only to be rounded by Harvey Barnes. End of Loan.

Jed Steer – With Heaton set to return from injury and a potential new signing between the sticks, it may be time for Steer to move on. £5m

Ahmed Elmohamady – While ‘Elmo’ was a good servant to the club in the second tier, his lack of quality has been found out this season and it is best he move on. £1m

Frederick Guilbert – The French defender is currently in his first season in the Premier League, and it has shown. It may be best for all parties if he were to move on. £5m

Neil Taylor – Another defender who has served the club well, the Welshman would no doubt be a casualty of a squad revamp as the club tries to kick on in the top tier. £2m

Danny Drinkwater – Since leaving ​Leicester, the former England international has not had the best times, none more so than at Villa. Off-field issues have plagued his spell at the club and it is highly unlikely he will be signed permanently. End of loan

Henri Lansbury – The former ​Arsenal midfielder has seen his game time limited due to the likes of John McGinn, Douglas Luiz and Grealish in midfield and would be a valuable signing for any Championship club. £3m

Jota – The wideman may not have had long to impress, but he certainly hasn’t replicated his Championship form and is maybe not cut out for the rigours of the top flight .£8m

Borja Baston – The Swansea flop arrived at Villa Park as a sign of desperation in the January window, and with his contract running out it is likely he will move on. Free.