Although it’s unclear when the 2020/21 season will begin with the coronavirus crisis still denying the current term’s conclusion, the upcoming campaign will be a huge one for Everton.

This summer, Toffees boss Carlo Ancelotti will have his first pre-season at Goodison Park and he will use this opportunity to put his stamp on the side. 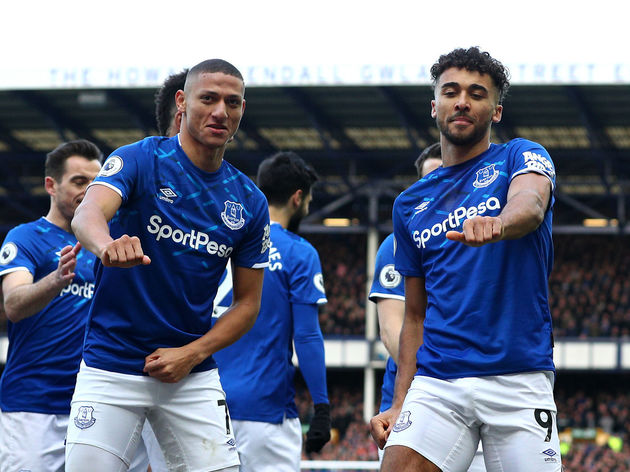 Ancelotti will be keen on not only bringing in some fresh faces, but also shipping out some of the players that have failed to impress him so far during his time on Merseyside.

Here’s how ​Everton‘s squad could look next year if this summer’s transfer market goes perfectly for the Blues.

If Everton want to make the right progress under Ancelotti, there are several key positions that the Toffees will need to improve upon.

Allan – One player Ancelotti is keen on bringing in his​ Napoli midfielder, Allan. The pair worked together during Ancelotti’s time in Naples and he views the defensive midfielder as someone who could provide a much-needed boost in the middle of the park for Everton. £35m Ryan Fraser – Everton have been linked with Fraser for quite some time now and with the winger’s contract at ​Bournemouth expiring this summer, the Toffees could snap up the Scotsman for free. Free

Gabriel Magalhaes – With an ability to hit long passes into the opposition’s half, Magalhaes would fit perfectly with Ancelotti’s style of play. The young centre-back has impressed with his performances for Lille in Ligue 1 this season and could help steady Everton’s shaky defence. £30m

James Rodriguez – Having signed him twice before already, it should come as no surprise that Carlo Ancelotti wants to bring James Rodriguez to Goodison Park. The Colombian has fallen out of favour at ​Real Madrid under Zinedine Zidane and Ancelotti could offer him an escape. With Rodriguez’s contract expiring next summer, Los Blancos want to make sure they get some sort of return on the playmaker, rather than letting him walk for free next year. £40m Daniele Rugani – Well down the pecking order at ​Juventus, Rugani has only made seven first-team appearances for the Old Lady this season. The Italian centre-back could be a key figure in strengthening Everton’s weak defence and the Toffees wouldn’t have to use too much of their budget in bringing him in, with ​Calciomercato reporting he could be available for just £25m. £25m

Morgan Schneiderlin – After a promising start to his time at Everton, Schneiderlin’s form has declined dramatically during the last couple of years and it could be time to bring his tenure at Goodison Park to an end. £8m

Theo Walcott – Hopes were high for Walcott when he joined Everton from ​Arsenal back in January 2018, but the English forward has been a major disappointment on Merseyside, scoring just ten goals in more than two years at the club. £10m Cenk Tosun – The decision to sign Tosun for an hefty £27m never looked wise. The Turkish forward started off well under Sam Allardyce, but never fitted in with Marco Silva or Carlo Ancelotti’s style of play and was loaned out to ​Crystal Palace in January. Once Tosun returns to Goodison Park, Everton need to look at selling him on if they want to improve. £15m

Gylfi Sigurdsson – After a couple of strong seasons at the club, Sigurdsson’s form has dropped off a cliff this year. With only one goal and two assists in the league, the Toffees would be wise to move on the 30-year-old attacking midfielder before his value drops. £20m Oumar Niasse – Calling Niasse’s time in Merseyside disappointing would be an understatement. The Senegalese striker has scored eight times in the league for Everton since signing back in 2016 and after it was recently reported from ​The Sun that Niasse was branded a disgrace by a police officer after being caught ignoring the UK’s lockdown rules during the coronavirus crisis, ​Everton would be wise to move on from the forward. £5m

For Everton, their main aim is to unload some of the club’s high-earning, but under-performing players.