​The 2020/21 season could be an intriguing one for Liverpool depending on how the current one plays out, and hopefully for them it’s as Premier League champions.

Either way, Liverpool will refresh their squad whenever the transfer window opens, and the Reds have a recent habit of being particularly shrewd in the market. The club have been prepared to spend big on essential players guaranteed to directly improve the first team, such as Alisson, Virgil van Dijk and Mohamed Salah, while maintaining an eye for a bargain with the purchases of Andy Robertson and Takumi Minamino.

Here’s how a dream Liverpool squad could look next season if everything pans out perfectly in the transfer window.

​Liverpool have been near flawless this season, so there is no desperate need to strengthen one particular area. However, they are ​keen to add another centre-back, and with Adam Lallana set to depart, another midfielder is also on their shopping list. Timo Werner – Liverpool’s primary target is the RB Leipzig forward. The Reds are the ​favourites to secure the highly sought after striker, although should none of Liverpool’s esteemed front three depart in the window, Werner could be forced to play a restricted role during his debut season. £50m

Todd Cantwell – Liverpool have a history of pinching players from freshly relegated sides, with Robertson, ​competition from Tottenham

​Liverpool have been monitoring White ​lofty price tag would likely be a sticking point

Kai Havertz – The 20-year-old midfielder has shone in the Bundesliga this season, and is on Liverpool’s radar, however – much like with Jadon Sancho – the club would be ​unlikely to fork out the £100m that Bayer Leverkusen value Havertz at. £100m

Liverpool would only likely make a maximum of one blockbuster signing, and in previous years they have been able to justify this with a big sale – Philippe Coutinho and Luis Suarez funded their most recent transfer splurges. However, a headline departure from Anfield seems unlikely in this window.

Liverpool have a handful of players with contracts expiring who are poised to leave, and a bit of dead wood they could do with shifting to free up the wage bill.​ 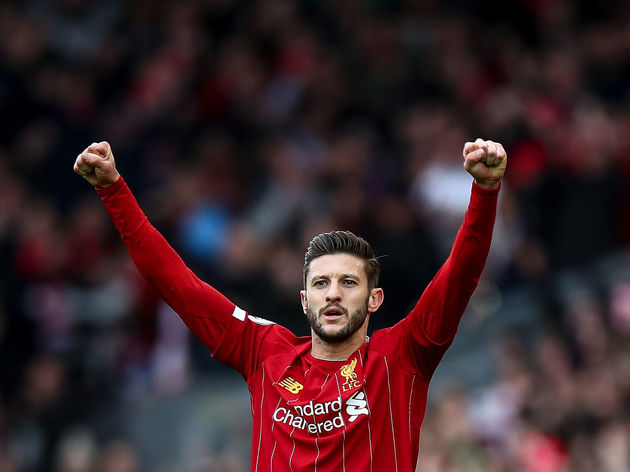 Adam Lallana – The former Southampton man is expected to leave on a free when his contract expires in the summer – although this could be slightly later due to the coronavirus. Free

Nathaniel Clyne – Clyne has hardly featured since the emergence of Trent Alexander Arnold, and will likely leave for nothing alongside his former Saints teammate. Free

Andy Lonergan – The goalkeeper’s one year deal expires in the summer. We don’t reckon he’ll get a testimonial. Free

Xherdan Shaqiri – Predominantly a bit part player during his stay at Anfield, if the right offer comes in, at 28, Liverpool would likely not stand in Shaquiri’s way. £20m

Dejan Lovren – Lovren is behind van Dijk, Gomez and Joel Matip in the pecking order and Liverpool are looking to bring in another centre back. He struggled in his last Premier League outing against Watford and his contract expires in 2021, leaving this transfer window the last opportunity for Liverpool to cash in on the defender. £12m

Liverpool may consider moving Divock Origi on in the summer if they sign Werner, as this would see the Belgian striker drop further down the striking order. However, Origi is still just 24, and has proved himself to be a valuable bit-part player for the club, meaning Klopp could be reluctant to part ways with him.

The future of Harry Wilson will also be interesting. The attacking midfielder has impressed at loan spells at Derby and Bournemouth, and could look to move elsewhere if Klopp does not deem him ready for a shot at the first team.

There have been murmurs – ​mainly from Gary Neville – that Salah could leave Liverpool for Barcelona or Real Madrid, while Wijnaldum’s contract expires in 2021, and although the Reds are in advanced talks over a new deal, they may be forced to sell if one cannot be agreed. However, these two aren’t included here as waving goodbye to two first team regulars would not fit in with Liverpool’s ‘dream’ transfer scenario.