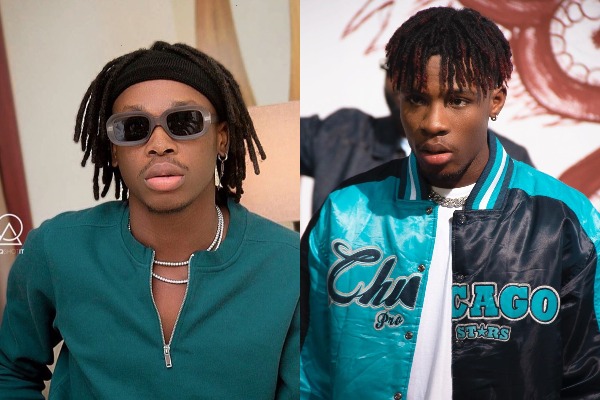 2019 saw the birth of new artistes that fans were convinced would take over from the top artistes in the game. Fireboy DML and Joeboy are in this set of “New Wave” artistes that penetrated the music industry with banging songs that would forever remain in the hearts of many.

They were about to achieve this in a music industry filled with some artistes being loud, uncouth, and unapologetic about breaking the social rules of morality. Although some are subtle and timid about their vulgar utterances, we rarely get the ones that sing about love by putting messy feelings into poetic words and beautifully packaged melodies.

Love can be translated in many ways, but the most universal method? – Music. Love and Music have a magical connection that can not be explained. Talking about love is hard, and singing about it is even harder. Fireboy and Joeboy have been labeled the lover boys of the Nigerian music industry following the kind of love songs they both have in their catalog of hits. Both singers are unique and have different sounds but they have one thing in common- they are “Loverboys”.

We also noticed that one seems to be more of a serenade king than the other. In this article, we would be focusing on why we feel Fireboy is a better loverboy than Joeboy. 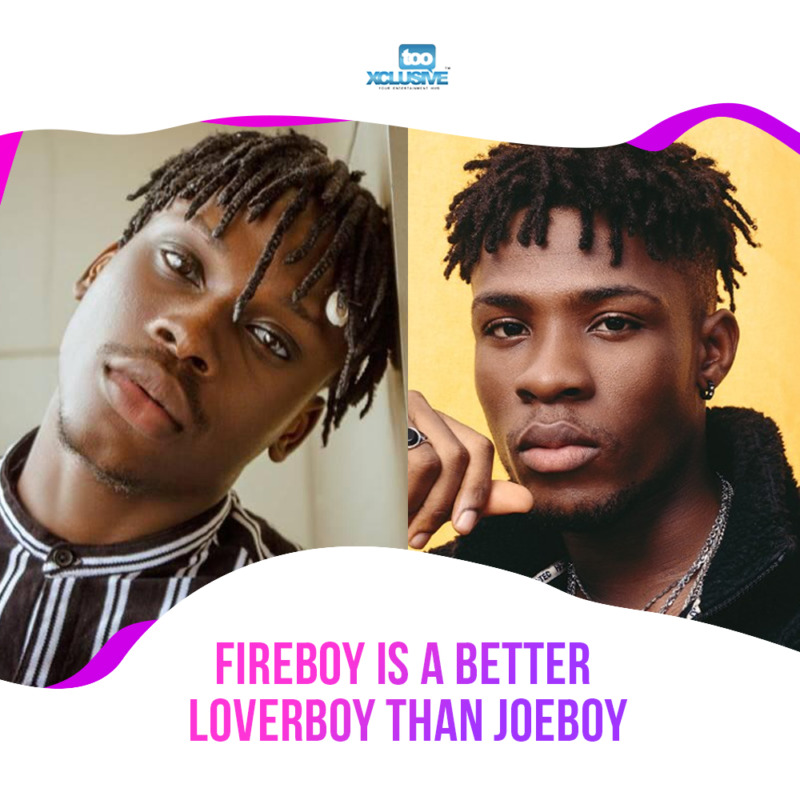 Joseph Akinfenwa Donus took the music industry by storm with “Baby” which is one of the biggest songs of 2019. The Afropop melody sees the singer wooing his love interest, assuring her that he is willing to do just anything for her. He followed up the hit single with “Beginning,” another love ballad that continues the story from “Baby“. Joeboy is catching feelings and he tells her that he is starting to fall in love with her.

After the success of the two songs, Joeboy crowned his already amazing 2019 with the “Love & Light” EP which consisted of three new songs “Don’t Call Me Back” featuring DMW act, Mayorkun, “All For You” and “Blessings“. The release of this EP pushed his career to another level and it made music lovers anticipate what he was going to bring next.

“Love and Light” is an EP meant for love birds but interestingly, it’s something those who are seeking true love can vibe to.  The melody, instrumentals, romantic lyrics, storytelling the visuals illustrated show that Joeboy is a hopeless romantic. As if that was not enough, he released his 2020 debut single “Call” in grand style.

The singer entered the game as an innocent love-struck dude trying to get the attention of his significant other so any song you would expect from him would be the regular love songs. But the shy and calm Joeboy was replaced by a whole new bad loverboy. “Call” is a catchy love song produced by Dera which sees the singer singing about the beauty of a woman that left bewitched.

He can’t stop thinking about her and simply wants his love interest to know that he would do anything just to be there for her as he melodiously sings; “Why be sey na you dey ma mind? Say you no be option no be lie, Oya make we run away make we fly away…”

The visuals, directed by the iconic TG Omori sees Joeboy in a dystopian, sci-fi love story which perfectly fits in the song’s storyline. He served real bad boy vibes,  from the car stunts at the beginning to pulling up after the phone call and to thousands of his fans hailing him at the end. Joeboy isn’t still going to stop being a lover boy. His forthcoming album is going to prove that.

“Jealous” was all it took for Adedamola Adefolahan to warm his way into the hearts of millions. The track first appeared on YBNL Nation’s collaborative album YBNL Mafia Family (2018), before being re-released in March 2019 but Nigerians slept on it. Thanks to the help of social media and other factors, “Jealous” became a hit. The track is quite simple and self-explanatory, Fireboy is catching feeling and doesn’t want any other man around his lover.

He then followed up with “If I Say” and “King” which are both love songs with the former seeing him woo his lover and the latter telling his woman to treat him like a king. All three hit songs were accompanied by music videos which further put the singer in the spotlight.

On the 29th of November, 2019. Fireboy released his critically acclaimed debut album “Laughter, Tears and Goosebumps” which consists of 13 tracks and no featured artistes. The album combines love and social issues which reveal the singer’s superb songwriting. His boos, Olamide even praised his amazing songwriting skills stating that he wrote all tracks by himself. It makes on wonder what goes on in the singer’s head or where he gets inspiration from. The entire album reeks of love except for a few party starers like “Gbas Gbos,” “Scatter,” and “Omo Ologo“. The singer was commended for finding the balance between partying and romance.

To further prove that he is a force to reckon with, the singer released his 2020 debut single “New York City Girl“. The Type A produced track is a mid-tempo Afro-pop record which also comes in R’n’B is a love song that sees the singer seek to be one’s crush, imaginary lover. Apparently, the beautiful lady came in from New York and the singer wants a bit of loving before she goes back for the summer.

So why is Fireboy a better loverboy?

The answer is quite simple, Fireboy seems to have a deep and better understanding of love better than Joeboy. It is evident in his lyrics, melody, and even in his voice- its deep and intentional. Aside from the fact that he has more love songs than Joeboy, Fireboy has translated love with his songs in the most simple and engaging manner. You could laugh, cry, and dance to his songs at the same time- His music comes with a bundle of emotions. Fireboy is the overall head of Loverboys in this new generation of singers. He is the complete package and Joeboy is next in command.