(Hollywood, CA)  Prepping for the release of his new CD “Nothing Else Matters”, gospel star Brent Jones is featured on rap superstar Childish Gambino’s new critically-acclaimed album “3.15.20”, the highly anticipated follow-up to Donald Glover’s 4-time Grammy Award-winning “This Is America”, which became the first rap album in history to win Song of the Year as well as Album of the Year (2019 Grammys).

WOULD YOU LIKE TO REACH MILLIONS OF AUDIENCE WORLDWIDE AS AN ARTISTE THROUGH OUR PROMOTIONAL SERVICES? CALL/WHATSAPP US NOW:  +2348085976470 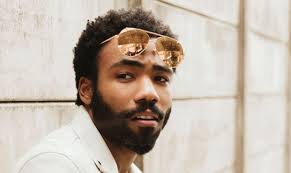 “Glover has delivered a masterpiece, a kaleidoscopic blend of rap, pop, funk, soul and R&B that serves as a culmination of every phase of his career.
3.15.20 pulls from every facet of Glover’s sonic palette to create something new & daring, cementing 3.15.20 as the definitive Childish Gambino album”

“It is always an absolute honor collaborating with the uber brilliant Donald Glover, aka Childish Gambino!  From our work together in 2016 on his Grammy-winning ‘Awaken My Love’ all the way up to now, Donald Glover is one of the greatest musical minds of our time!
I was also tickled pink to work with the equally brilliant pop diva Ariana Grande on ‘Time’, our pop ballad collaboration that is simply amazing!” says Brent Jones.

A singer/songwriter extraordinaire who’s pioneering work with his urban group Brent Jones & T.P. Mobb set the stage for Kirk Franklin and urban contemporary gospel, Grammy & Stellar Award winner Brent Jones’ new CD “Nothing Else Matters” is the highly anticipated follow-up to “Open Your Mouth and Say Something”, which topped the Billboard charts for over 54+ weeks, earning widespread critical acclaim and multiple award nominations including the 2019 Dove Award and 2019 Stellar Award.​

[Lyrics] I Trust In You – Iphy » Latest Gospel Songs