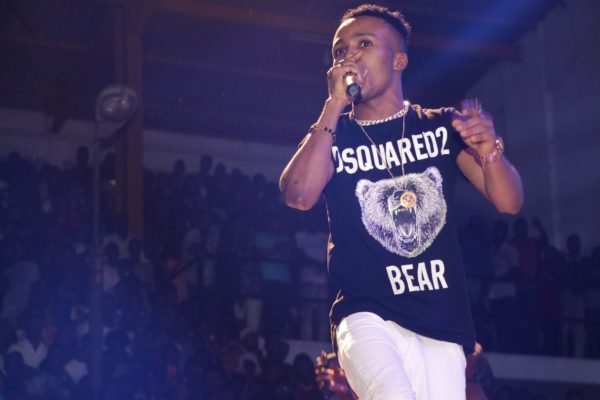 It appears sensational singer, Humble Smith is currently at loggerheads with his record label, N-Tyze Entertainment.

The singer had taken to social media to announce that he has officially exited the label over irreconcilable differences. Humblesmith shared of a press release/Statement officially stating his exits from Ntyze Entertainment over the allegations that the label has refused to meet his demand.

“After so much consideration and back and forth, I have decided to come to the public to announce that I have parted ways with Ntyze Entertainment. I am putting this out for public notice that you should conduct all future businesses and dealings with my new management ( link in my bio). I wish Ntyze well and thank them for the years of working together. Thank you and God bless”

The singer through his lawyers, Ojukwu and Ojukwu stated on the document that,

1. Ntyze Entertainment Limited failed to furnish any iota of consideration under the purported Artiste Management contract which it claims to have entered into with our humble smiths a situation which renders the entire contract a
nullity

2. Failure of Ntyze Entertainment Limited to render periodic account to our Client regarding the monies had and received on behalf of Humblesmith

3. Ntyze Entertainment has on its own accord and through a financial report forwarded to our law offices dated March 2020 declared its self-insolvent and incapable of meeting its financial obligations under the law.

However, the record label via their official Instagram page released a press statement to debunk the singer’s claims stating he his still under the label. According to the statement, the singer used the Nigerian police to harass and intimate the owner of the label.  “Pending the determination of the suit, anyone, corporate or individual that engages, transacts and or contract Mr Ijemba Ekenedirichukwu (Humblesmith) to perform does so at their detriment as such act may be caught up in a legal web.”

See the statement below: