Jamie Carragher and John Terry have taken a trip down memory lane, recalling the explosive rivalry between their former managers Rafa Benitez and José Mourinho.

The two bosses arrived in the ​Premier League at the same time in 2004, and in their respective first seasons at ​Liverpool and ​Chelsea, they would set off on one of the most furious managerial feuds English football has seen.

The astute, grounded Benitez and the haughty, self-assured ‘Special One’ faced off no fewer than five times in that first season, but it was the latter – in the midst of a groundbreaking title-winning campaign at Stamford Bridge – who got the better of it.

And Carragher and Terry, who had front row seats at the heart of each defence, both remember it well.

In an off-script conversation with the former Chelsea captain for ​Sky Sports, Carragher said: ​

“I played Chelsea 47 times, so they’re the opponents I came up against most.

“I always wondered if a lot of the animosity came from us frustrating you because you were always so much better than us.

“I don’t think we were ever on a level playing field. We knew that, you knew that. But the fact we could get results against you at that time, certainly under Jose’s era, was that a little bit part of it?”

Terry replied, recalling the Portuguese’s team-talk before the Champions League semi-final second leg at Anfield, by which point Chelsea had already won the Premier League.

“Yeah, it was, and both managers made a big thing of that,” he said. “I remember the team talk Mourinho gave after we won the league for the first time, and I think we were something like 20 or 30 points ahead of you, and he was saying: ‘There’s no way you can lose this game against these’. 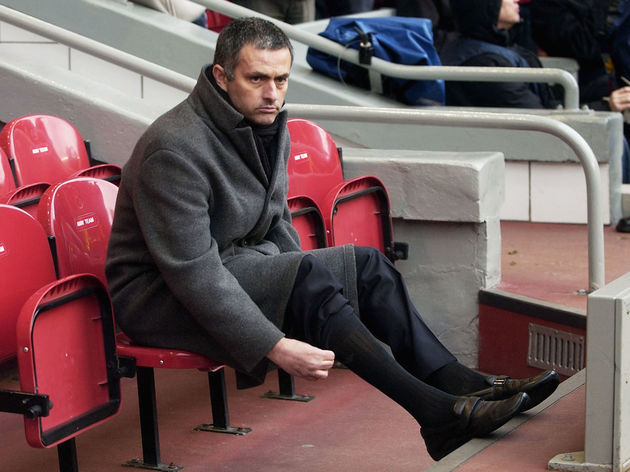 “He couldn’t even say the name Liverpool, he couldn’t even pronounce the team. It was: ‘You do not lose to these today, we are so much better than these’. I remember that still today.”