VAR has had a fairly significant impact on football during the short time it’s been in the game. The millimetres, the hand gestures, the outlier that was the fun of the 2018 World Cup, and all of the nonsense that followed.

For all of the difference it’s had, there’s only one match that can so far have a claim to being ‘the VAR game’ – the second leg of Manchester City and Tottenham’s Champions League quarter-final in the 2018/19 season.

Spurs went to the Etihad Stadium with a one-goal advantage after late heroics from Son Heung-min the previous week gave them a shock first-leg win. Hugo Lloris saved a controversial Sergio Aguero penalty early on in the first European match at Tottenham Hotspur Stadium, but Harry Kane limped off just before the hour mark to ensure City at least had an even stronger personnel advantage. ​City -16 points clear of ​Spurs in the Premier League at the time and on their way to a domestic treble – were heavy favourites to overturn the deficit and march to the semi-finals.

And when Raheem Sterling levelled the aggregate score inside five minutes, it looked for all the world that Tottenham would buckle under the pressure of one of the decade’s most ruthless attacking sides.

But in the following five minutes, Spurs managed to flip the tie around again, with two counter-attack goals from Son putting them 3-1 up on aggregate – with two away goals to boot, City now needed to score at least three more to advance.

The first of those three came 102 seconds later to cap off what must be one of the most thrilling short stretches in ​Champions League history. Bernardo Silva’s near-post effort was deflected in off of ​Danny Rose, and 10 minutes later Sterling grabbed another to bring City to within one goal of taking control of the tie. As Spurs tried to stand their ground, they lost the resurgent Moussa Sissoko to injury, and spent much of the game camped in their own half, running on empty against the country’s most feared attack.

On the hour mark, ​Aguero scored from his spot (you know, where he hit that shot to win the league, the place where he always scores) to put City ahead, but substitute Fernando Llorente managed to flip the tables again after scoring with his hip from a rare Tottenham corner.

Pep Guardiola threw Leroy Sané on as the hosts desperately searched for a winning goal, and Spurs were waning to the point where players (i.e. Victor Wanyama) would rather hoof the ball under no pressure than try and keep possession – until the 93rd minute when ​Christian Eriksen played a pass back toward his own defence.

The ball deflected off of Bernardo Silva’s thigh into the path of Aguero, who squared it for ​Sterling to squeeze in at the near post, capping off a remarkable hat-trick and sending City to the semi-finals. Until the goal was ruled out for a marginal offside.

The Etihad became eerily quiet but for the away corner, and a new footballing sensation was discovered – the belatedly disallowed goal. 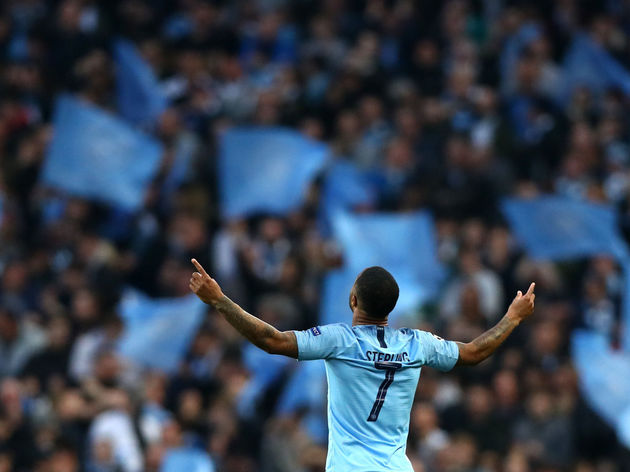 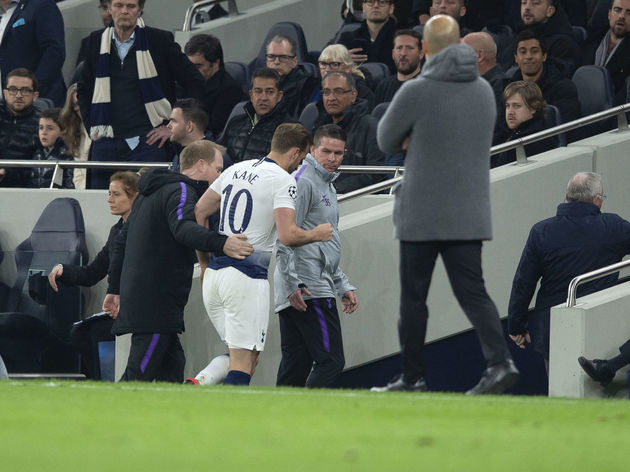 Similarly, Llorente’s winner ensured that he’s remembered fondly in north London, having struggled during his first 18 months at the club.

Spurs’ green third kit has also become a little bit iconic because of the memories created on this run to the final, even though it looks like toxic waste.

Ironically, like a game of Football Manager 2017, these two sides met again in the Premier League just three days later, with an early header from Phil Foden sealing the three points for City on their march to a second successive title.

Tottenham went on to meet Ajax in the semi-finals, again overcoming the odds and overturning a 3-0 aggregate deficit with 45 minutes to spare, with Lucas scoring a hat-trick to send them to their first Champions League final. They would ultimately lose to City’s title rivals Liverpool in Madrid.

Lightening managed to strike twice when City had another late winner against Spurs ruled out by VAR at the start of the 2019/20 season. Déjà vu, eh?