​Social media banter is about as close as we can all get at the moment to actual face-to-face conversation. Especially in regards to football, where you would normally head into training every day ready to unload your next batch of dressing room chatter to any unsuspecting victim.

In the case of Mohamed Salah and Dejan Lovren, the pair have remained close friends ever since the Egyptian joined the central defender at Liverpool in 2017. And, just like their friendship, the off-field banter has endured throughout their time together at Anfield.

The latest edition of teammate trolling has seen ​Salah seek to one-up his Croatian chum, as ​Lovren took to ​Instagram to reminisce about one of his favourite moments with the club.

Lovern’s first four seasons with ​Liverpool saw him remain an almost ever-present in the heart of defence. Since moving from Southampton for a fee of around £20m he established himself as a no-nonsense centre-back, but the emergence of Joe Gomez and the signings of Joel Matip and Virgil van Dijk have seen his appearances dry up under 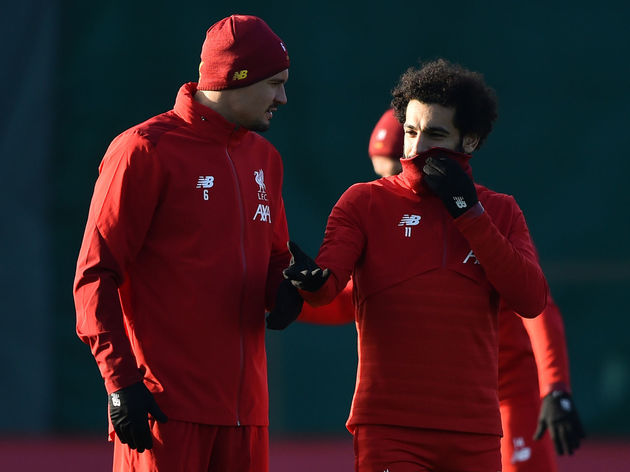