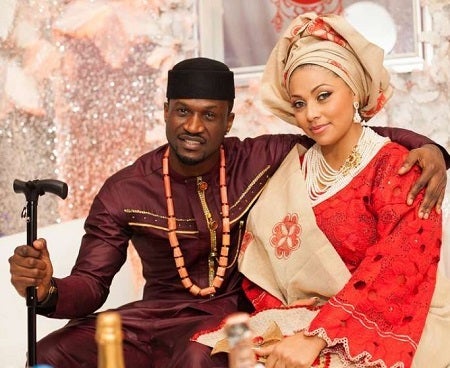 The wife to Mr P, Lola Okoye says the whereabouts of President Buhari’s chief of staff, Abba Kyari should be made known to the public.

Abba Kyari tested positive for the coronavirus about days after he returned from Germany which is a high-risk country. He also failed to self-isolate and had meetings with the president and other top government officials. The Lagos state commissioner of Health, Prof. Akin Abayomi, however, recently revealed that he is unaware of his whereabouts.

Lola took to her Instagram page to react to the news. She revealed that she was surprised that the Lagos state commissioner of health would come out in the public to say he doesn’t know the whereabouts of Kyari. She said:  “Guys, so the Lagos state commissioner of health just said he doesn’t know Abba Kyari is currently located. Abba Kyari is President Buhari’s Chief of Staff and we don’t know where he is?

Whether he is in Lagos receiving treatment or in Abuja at home, self-isolating, did he even go anywhere to get treatment or is he out of the country…nobody knows.How can you say you speak to him over the phone or Whatsapp and you just presumed that he is fully recovered. We need to know as Nigerians if he is fully recovered. Information is key, do not lie to us, do not keep information away from us, thank you very much.