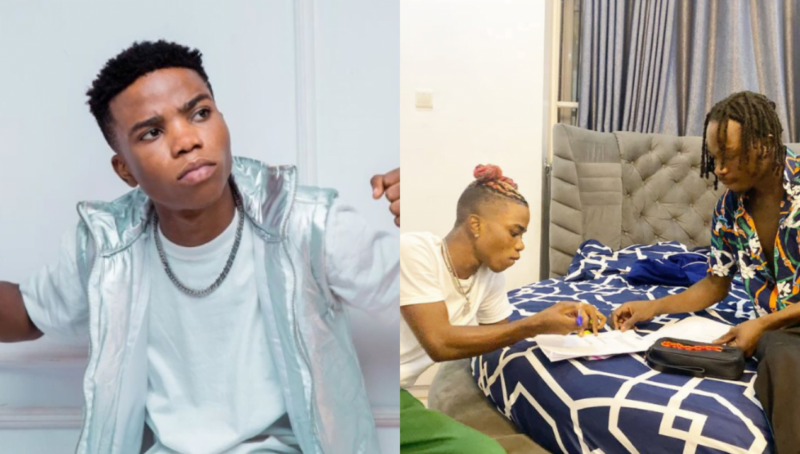 Nigerian controversial singer, Naira Marley has reacted to the current accusations leveled against Lyta over plagiarism.

Shortly after Lyta released his first single “Hold Me Down” under Marlian music, K pop fans dragged the singer over plagiarism. They pointed out similarities between his video and “Just Right” by South Korean K-pop boy band GOT7. It was also stated that the singer also took the concept of another music video titled “Boys With Love” from South Korea’s “BTS”.

So far the music video has amassed over 400 thousand streams and over 70,000 dislikes majorly from South Korean fans. Naira Marley who just signed the singer to his Marlian record label three days ago took to Twitter to react.

See his tweets below:

What if it was ikorodubois that directed lyta’s new video?
Lyta enjoy ur streams mehn