Controversial singer, Naira Marley has tendered an apology letter to the Lagos state government for defying the lockdown order.

The “Soapy” singer was among guests that attended the house party that was held at JJC Skillz and Funke Akindele’s house on Saturday, the 4th of April, 2020. He was arrested and charged to court for disobeying the social distancing order put in place by the Lagos State Government to prevent further spread of the coronavirus.

Naira Marley appeared before Magistrate Court of Lagos in Ogba where all the charges against him were dropped on the condition that he writes an apology letter addressed to the Lagos State Government and also agree to self-isolate in his home for 14 days under supervision of the Lagos State Ministry of health. He has now tendered an apology letter where he agreed to the conditions put in place for his bail. “that I agree to be in self-isolation in my house at the above address for a period of 14 days from today, Thursday, 9th April 2020 and that the Lagos State Ministry of Health should supervise my isolation.”

See the pictures below 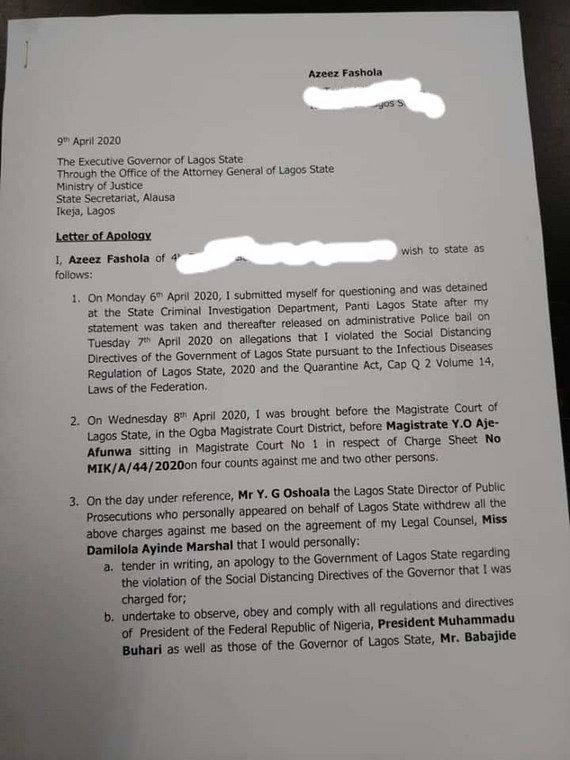 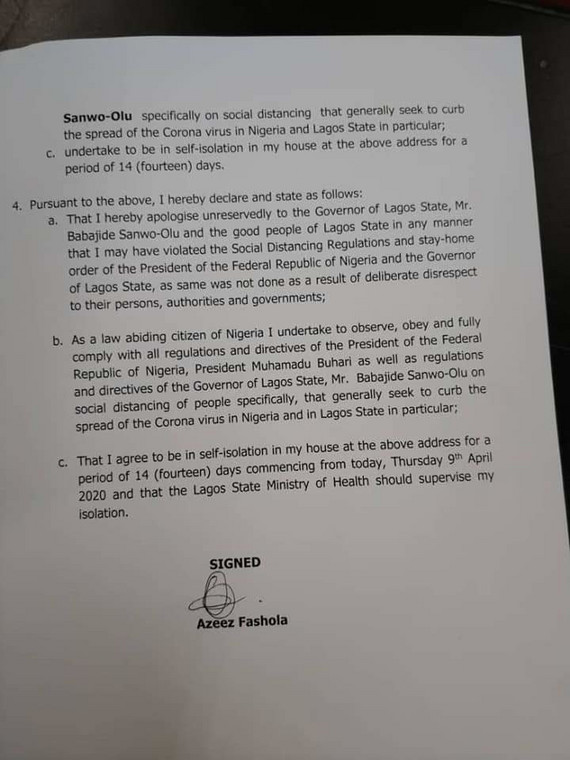