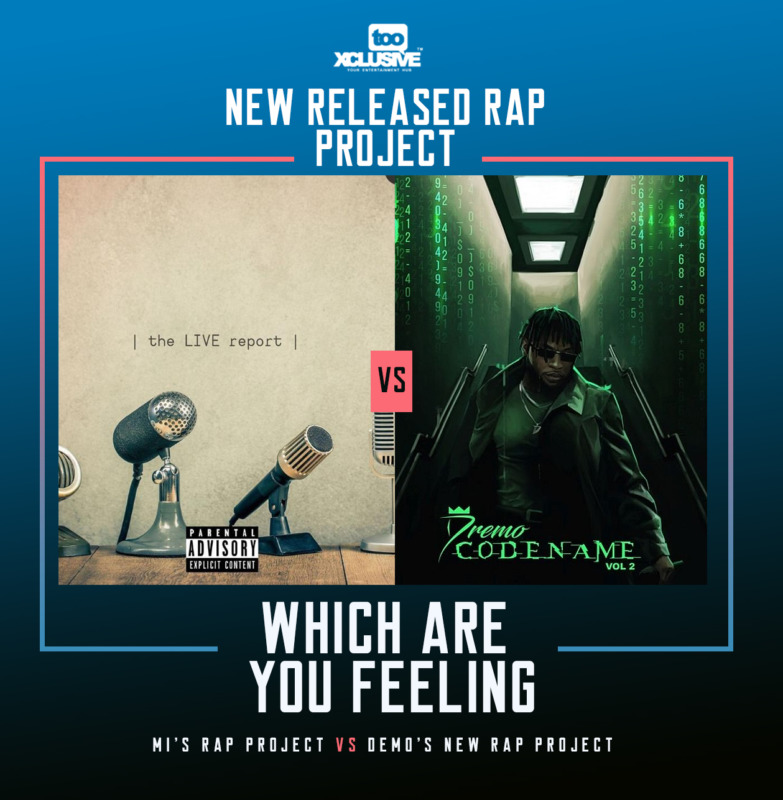 “The Live Report” is a 6 tracks EP delivered by MI Abaga featuring A-Q and Big Daddy Jayy. MI surprised us with this impressive body of work on the 15th of April. It’s a full package with classic flows and great bars which featured as the number 2 album in the country on Apple Music. The EP was said to have been created within 5 Days, Legendary!!!

“CODENAME Vol.2” delivered by Dremo comes in two side; The first side is a Solo 6 tracks rap/hip-pop while the second consists of 6 featured tracks which enlists; Davido, Peruzzi, Falz, Naira Marley, The FloWolf, Sinzu, Idowest, Lil Frosh and Knucklez. Released on April 17th, 2020, the album debuted as No.1 album in the country instantly. Tracks like; ‘STFU‘, ‘Collect‘, ‘My Guys Guy‘, ‘Mabel‘ are seriously making waves, driving fans crazy and disturbing social media. 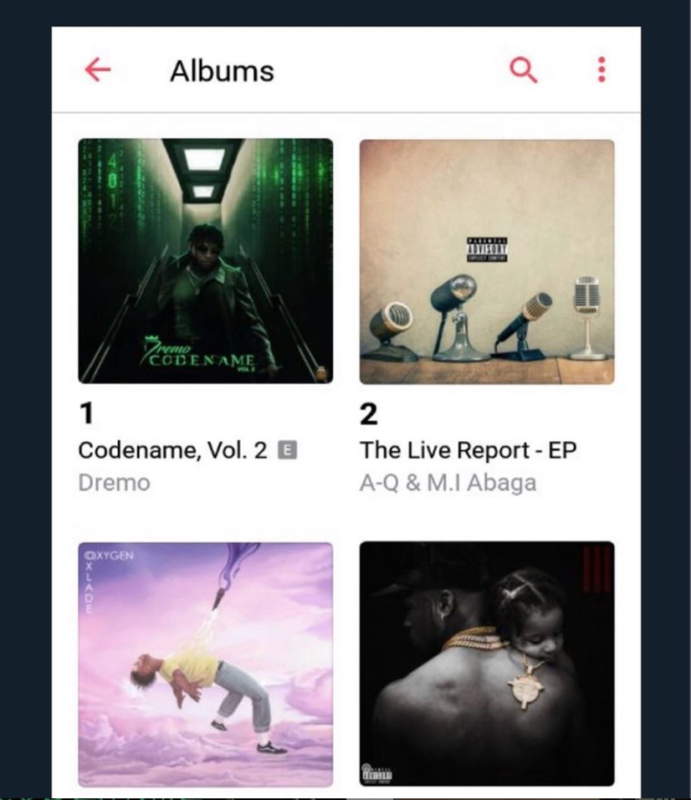 After listening to this great projects… “The Live Report” and “Codename Vol.2“, Which One Impresses You The Most, The One You Can’t Get Over & Still Feeling ?