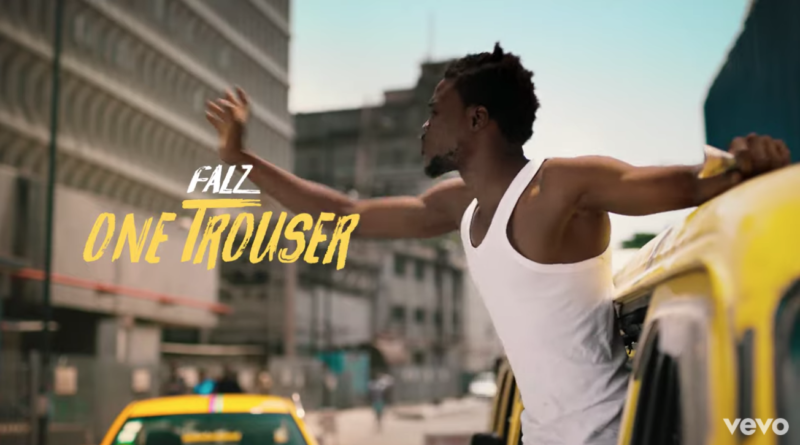 Multi-talented artiste (Musician/ Actor/ Entertainer/ rapper) and President of the SBA, Falz release a brand new visual “One Trouser Video“ alongside the song Audio (GET HERE). The record is a real life situation song which talks about Lagos transporting system, the Drama all drivers face daily.

This coming in after the huge success of his 2020 debut single ‘Bop Daddy’. FalzTheBahdGuy delivered this club hip-pop track with bass, vibe and the big boy melody. Folarin is probably the most versatile artiste in the industry at the moment, he can switch at anytime comfortably. Be it rap, trap, singing and even comic acting. He joins the Europe scene by working with Ms Banks, an up-and-coming UK rapper hoping to take the south London sound global. ‘Bop Daddy’ got lots of attentions and streams thanks to viral videos / challenges from music fans done through the Tik-Tok App during the total Lockdown phase and the Colourful entertaining video shot for the record (Watch Here)

Road rage is often a comical occurrence in Lagos – Africa’s most populated city. In ‘One Trouser‘, Falz embodies Jimi – a seemingly wealthy, but aggressive character, involved in a traffic accident with a Danfo driver, in Bode Thomas – a popular street in Lagos.

The song details the hilarious situation, the conversations and thoughts of the parties involved, as well as observers at the fictional scene. GET AUDIO

Starring FalzTheBahdGuy, Instagram comedian, MC Lively, actor Adetola Adedimeji Lateef, Shody-TheTurnUpKing and many more… Enjoy this comic visuals that entails a-lot of Lagos Dramas and Palava, Lagosians experience daily which you can also relate to. “One Trouser Video” A Must Watch