The iconic black and white stripes of ​Newcastle United have been a mainstay of English football since the late 1800s.

Despite the lack of silverware over the past 50 years – and the car-crash that has been the Mike Ashley era – the Toon Army have remained in the hearts and minds of football fans up and down the country.

While St. James’ Park has played host to a range of managers and footballing styles, from the devastating attacking football of Kevin Keegan’s mid 90s side, to Steve Bruce’s drab football of the modern era, one thing has always remained – the kit.

Trying to decide a top ten of home kits for the club of all time is no easy task – although you can certainly ignore any home kit since 2009, particularly as half of them had Wonga emblazoned on them. Another Ashley masterstoke. 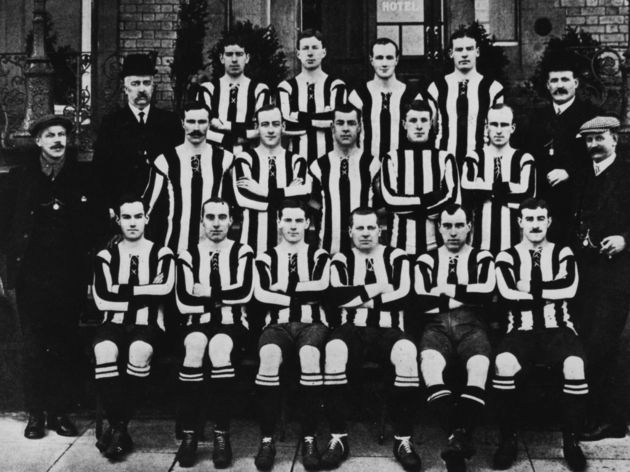 After the unification of Newcastle East End FC and Newcastle West End FC in 1892, Newcastle United was formed, with the newly unified club adopting the red and white colours of the East End side.

It wasn’t until 1894 that the club, thankfully, took on the famous white and black in order to respect the merger of the two former clubs.

The kit above was worn from 1906-1908 as the club claimed their second First Division title in just three years. How times have changed… This kit signalled the end perhaps of Newcastle United as they once were, but it’s still a nice kit nonetheless.

The gold northern rock label stands out nicely against the white and black backdrop, and will hold a special place in many Newcastle fans’ hearts as it was the last kit Alan Shearer would wear for the club.

Equally, the kit was also worn by Michael Owen, so it’s perhaps not looked upon too favourably. Either the club loved this kit a lot or rather could not be bothered to change it, but the home kit remained essentially the same for 25 years. And what a successful period it was, as the club won four FA Cups, including back to back victories in 1951 and 1952.

The kit itself was collared with a buttoned down opening, and was a far cry from the tight lightweight material of the modern day shirts.

Wouldn’t fancy running around in one of those when it was wet! 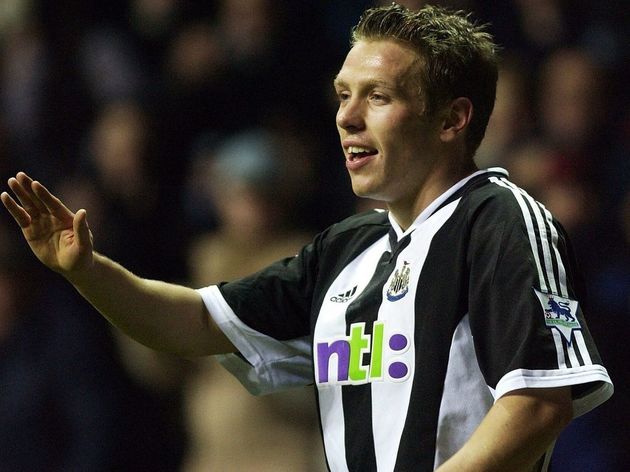 The early 2000s was a good period for the club, and the great kits kept coming.

The great man Bobby Robson was at the helm, and it was under his leadership (and in this kit) that Newcastle qualified for the Champions League as well as registering a third place finish in the league.

The kit itself was striking not only for the brightly coloured ntl logo, but also for predominantly black sleeves which differed from previous incarnations of the shirt. While not perhaps renowned for their kit making abilities, asics pulled off a blinder with this kit.

The blue star logo of Newcastle Brown Ale makes up the centre piece of the kit, while also including an illustration of the Tyne Bridge within the star itself.

Due the ale’s lack of popularity outside of Newcastle, this shirt was only worn at home fixtures, with the more famous McEwan’s lager logo placed on the kits worn elsewhere.

The fact it was worn so infrequently makes this kit even more special. While the kit itself is pleasing on the eye, it has become iconic for its use in the cult football masterpiece that is Goal.

The sight of Santiago Munez – aka Laurent Robert – lining up in the jersey after signing from obscurity is magical.

The kit is also memorable for some famous Champions League nights under Sir Bobby, before he was cruelly withdrawn from his post. You can’t even blame Mike Ashley for that error!

Styled above by the great Bobby Moncur, this kit was simple in design but no less iconic.

The shirt featured a stitched crest on the left breast and was a slight adaptation of the kit which had been worn during the famous 1969 Fairs Cup success.

It may not have been worn during a particularly successful era, but it remains a thing of beauty. What a kit this was!

The famous black and white stripes were updated with a jazzy blue trim, as well as the inclusion of a collar, something sorely lacking in the modern shirt.

This season saw the arrival of Robson after Ruud Gullit’s turbulent tenure, and was the last Newcastle kit to adopt the Brown Ale logo.

Bring it back I say!

This kit may be more famous for Keegan than for its own design, but it is highly ranked on this list for good reason.

As modelled by the former Liverpool star above, the kit featured diamond-esque patterns on the sleeves and on the shorts, as well as including our favourite feature, the collar.

The photo above is also iconic as it shows the superstar Keegan scoring on his debut against Queens Park Rangers. No better way to start at a club. ​No, Ant and Dec did not sign for Newcastle in 1995, but they are pictured above wearing one of the greatest home jersey’s in footballing history.

While league success alluded Keegan and co, this shirt will forever be loved and adored more than league title could be.