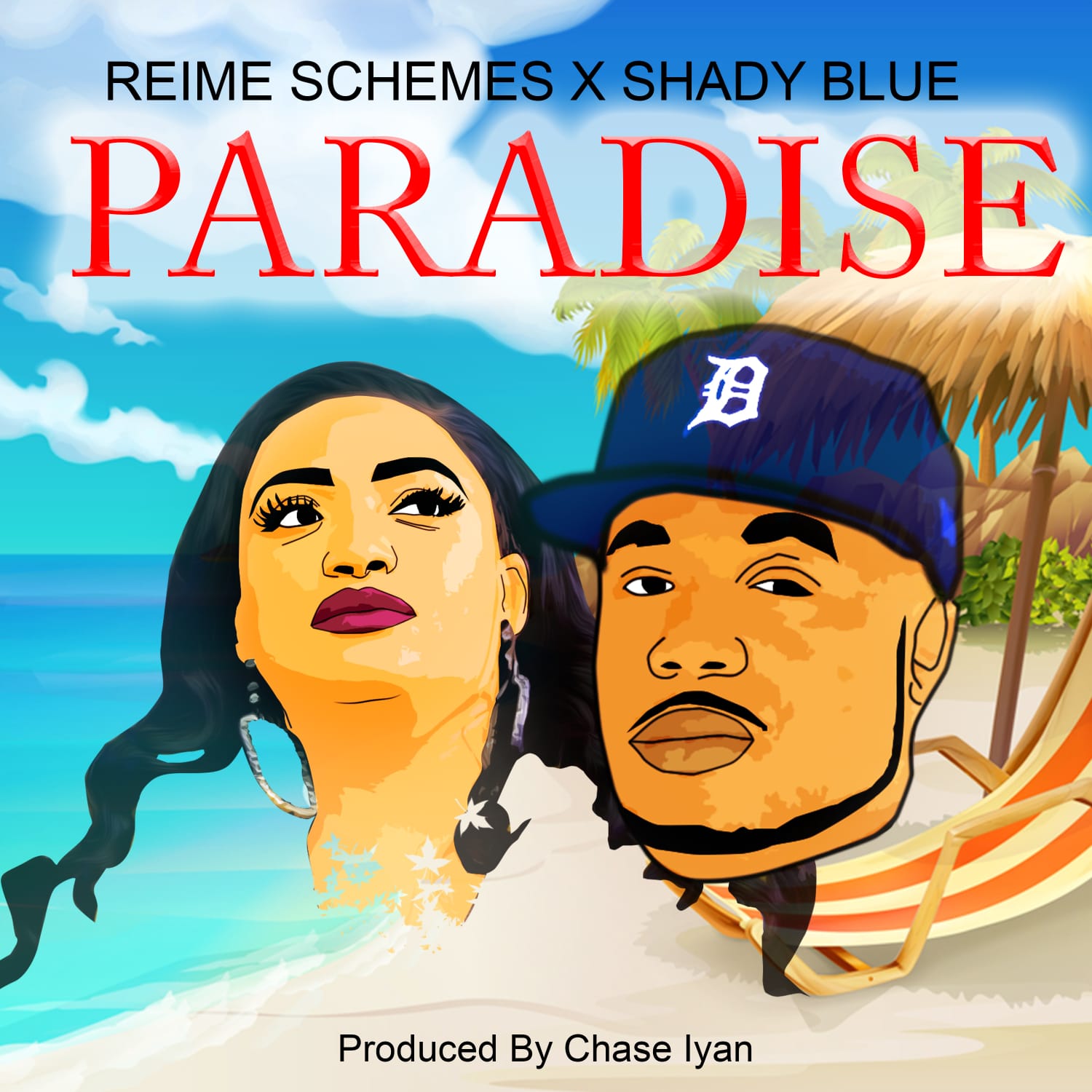 USA MEETS NIGERIA IN PARADISE!
Detroit born rapper, Reime Schemes teamed up with Shady Blue of the defunct JJC & 419 Squad to create alchemy of love.
In the euphoria of Shady Blue’s upcoming album ‘My Way’ the Nigerian/UK based Afrocentric soulful Jazz queen, Folasade Aboderin, popularly known as Shady Blue, has left no stone unturned to return powerful interpretation of her feelings in a collaborative journey with Reime Schemes.
The song, Paradise a fusion of Afrobeat and HipHop introduces west coast-based fusion (Hip Hop, Reggaeton, Soca, and Dancehall) recording artist, Reime Schemes also known as R DOT S! to the Nigeria/ African music industry.
Reime Schemes, originally from Detroit, Michigan moved out to Los Angeles, California to pursue his career in entertainment, he has collaborated and shared the stage with some heavy hitters in the music industry from legendary hip pop artists such as Keith Murray of Def Squad, Tupac Shakur’s brother Mopreme, Young Noble of 2Pac’s Outlawz, the legendary Spice 1, Bad Azz and Fat Joe’s Terror Squad and most recently iconic Caribbean performers such as Shenseea, Shatta Wale, Blaze Anthonio and Nashoo to mention just a little.
The single ‘Paradise’ a rhythmic Afro infused tune upon released has enjoyed massive airplay across the music spectrum and very huge in East Africa.
Shady Blue underscores that the motive behind the new single was to ignite the spirit of her fans and music lovers at large with a true love song. She alluded at a time like this; a season of uncertainty all we need is love, adding, “It is my pleasure to feel loved and also to express the originality of love to all and sundry. This is my focus to humanity as it promotes unity among lovers, individuals and nations.
While it’s official video is in the works, here is a dance video shot and recorded in Tanzania to wet your appetite.
Stream, download and share the audio via link below!
Follow @reimeschemes and @shadybluesinger on Instagram for more updates and giveaways.
AUDIO Download LINK:
https://my.notjustok.com/track/438873/paradise-reime-schemes-ft-shady-blue