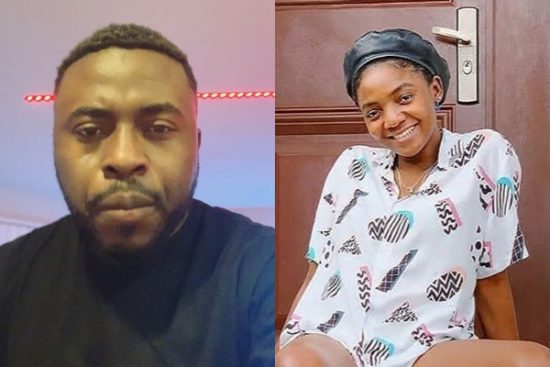 Nigerian producer, Samklef immediately rushed to Simi’s rescue after a troll lambasted her for one of her tweets.

Recall that award-winning producer, a few weeks ago called out Simi, Yemi Alade, and Ycee over their snobbish attitude. Well, all appears to be well with the two music acts after he left a comment on of Simi’s tweets. The “Duduke” singer had earlier tweeted that she is not comfortable with being addressed as “Dear” or “Ma” and even vowed to block those who plan to do exactly what she warned them about.

Samklef teasingly responded with “Anti” which is a street way of saying ‘Aunty” but after a troll also responded to Simi’s tweet saying the singer is mad and stupid, Samklef came to her rescue. Samklef responded by telling the troll that Simi was just playing around as she didn’t mean any harm. He also told the troll to stop taking things personally.

She is just catching Cruise u guys take things to personal. Easy! https://t.co/32caU2DqM6