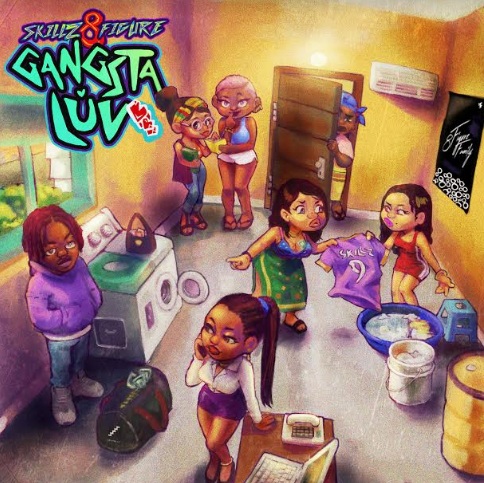 The singer and rapper made his first appearance on Ground Up’s recently dropped tape We Outside, Y3 Wo Abonten Vol. 1, on the song titled “Champagne”, also featuring Quamina Mp and PrettyBoyDO.

The project was entirely produced by VT except for “Kolo”, which was produced by Yung Demz,
who has worked with the likes of Stonebwoy, Kwesi Arthur, and Nonso Amadi.

Be it the mellow vibes of “Don’t Dull”, or the collaboration with talented singer Twitch “Yawa”, Skillz makes sure to create sounds that catch your attention from the jump, riddling the easygoing afrobeats backdrops with floaty rap-sung melodies.

Gangsta Luv is a solid EP by the Ground Up affiliate, six tracks of afrobeats excellence. Stream the project below.