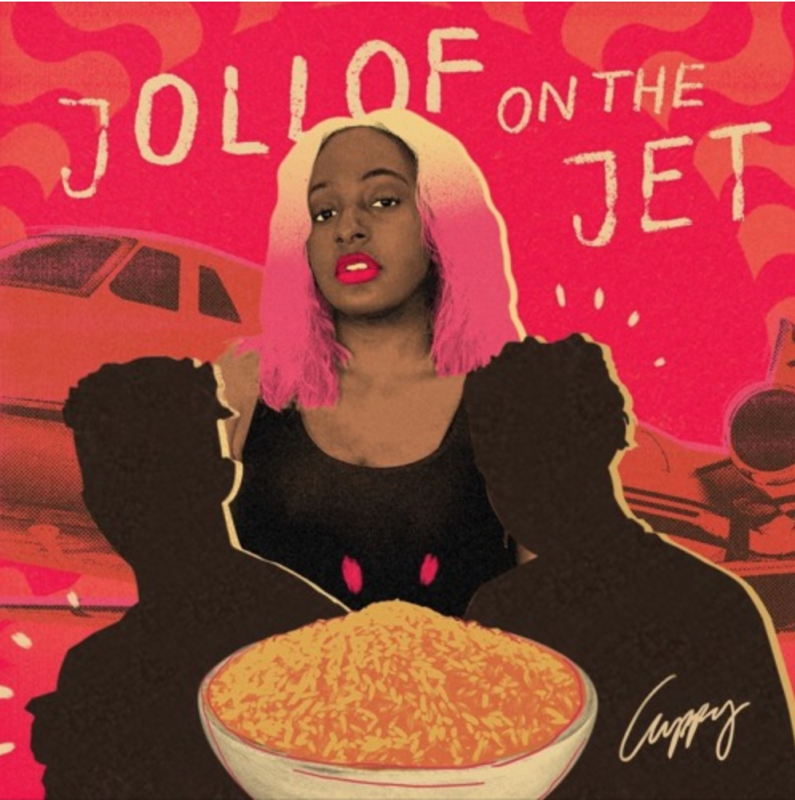 Talented female disc jockey Cuppy is so excited about her new single and couldn’t wait till Friday as she shares the Jollof On The Jet snippet featuring Golden-star boy, Rema alongside unknown.

After unveiling the official artwork for her forthcoming album – ‘Original Copy‘ on July 10th (See Here) and also putting social media on rampage with the artwork for her new song ‘Jollof On The Jet‘ on July 13th which had the shadow image of two guest artistes, DJ Cuppy teases us with a snippet of the new song. The artwork for ‘Jollof On The Jet’ alone has been trending since Monday cos of the featured artistes which fans are still trying to unveil (reveal). One looked like Rema while the other still remains a mystery to a lot of music fans. Some feels it’s Reekado Banks, little went for Kwesi Arthur while many chose the rave New of Afrobeat, Omah Lay.

While music fans are still trying to solve this unclear image, Cuppy shares a 30 seconds snippet of the song ‘Jollof On The Jet’ to create more mystery, whet our appetite and build more anticipation. The Intro of his song alone that marked the Rema guessed artiste right is already a Big Mood, as it as been on replay from first listening… Listen and feel incoming Jam below