​Milan, over the last decade or so, have cultivated a not-so-proud tradition of signing low-grade, incompetent players for far too much money.

It doesn’t matter who the owner is, who the sporting director is, or who the manager is, I Rossoneri always find a way to splurge what little money they have on dross.

It’s the defining feature of their ‘banter era’ (2013-present), a period fraught with on-the-pitch mediocrity and off-the-pitch instability. A period in which they’ve hired and fired nine different managers, finished as low as tenth in the league and failed to qualify even once for the Champions League.

With this in mind, here are seven of the worst players to have played for Milan since the ‘banter era’ begun. Keep in mind that this list isn’t based solely on ability (otherwise there’d be seven Rodney Strassers), but also a failure to meet expectations during their spell at the club, regardless of how high those expectations were. 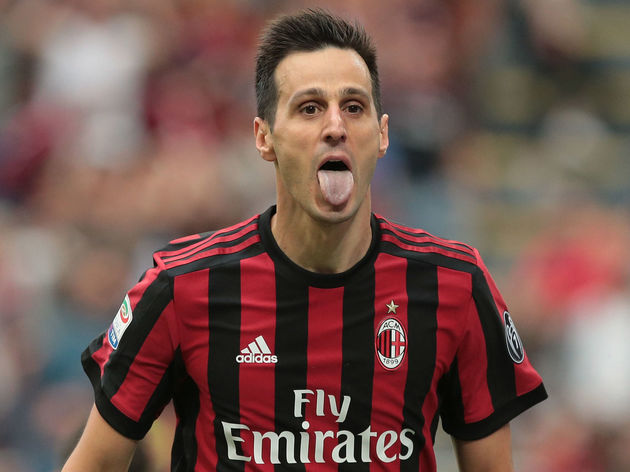 Instead of being the striker Milan could rely on to score goals as Silva adapted to Serie A, Kalinić was more of a liability. So poor he was in front of goal that there was a genuine sense that I Rossoneri were a man down whenever he was on the pitch. A common trend that has emerged over the last few years

Vangioni found himself on the bench for much of his spell in Italy and didn’t make his debut until January 2017, six months after he first joined. He became something of a regular fixture after his debut but never really looked like he was good enough for Milan.

He moved to Mexican side Monterrey in the summer of 2017 and was instantly forgotten. Until the writing of this article, of course. After a torrid six months at Cristian Zaccardo, a World Cup winner and a solid mid-table defender for the likes of Palermo and Parma, joined Milan in the twilight of his career with expected results, making just 17 appearances across two-and-a-half years.

Unremarkable, yes. Unforgettable, no. Unfortunately for Zaccardo, the defining moment of his Milan career was refusing a move to Parma as part of a swap deal for Jonathan Biabany in 2014. Biabany was hot stuff at the time, and Zaccardo’s refusal to move meant the transfer was called off.

He eventually left Milan when his contract expired in 2015, joining newly-promoted Carpi, and ended his relatively successful career with spells in Malta and San Marino. Something of a cult hero at ​Chelsea despite massively underwhelming following his £50m transfer from ​Liverpool in 2011, Torres was moved on to Milan on a two-year loan deal in 2014. At 30, it represented his final chance to revive his career and rediscover his prolific goalscoring form.

Instead, it demonstrated something we all already knew but didn’t want to admit. We were never going to see the old Torres again. His spell at Milan was utterly forgettable, scoring just once – a header against lowly Empoli – in ten games.

Milan made the loan deal permanent in 2015, but sent him back to the club where he made his name, Name a Serie A club and Alessandro Matri has played there. ​Juventus? Of course. Cagliari? Who can forget? Fiorentina? Didn’t see that one coming, but okay. Lazio? What? There’s no way that actually happened. And yes, there’s far, far, more where that came from.

Matri joined Milan, the club where he spent his youth, following a successful, trophy-laden spell at Juve. Expectations were high and, given that he features on this list, he did not meet them.

He scored just once – a consolation goal against Parma – in 18 appearances. He subsequently went on loan to a variety of clubs before settling with Sassuolo (another Serie A club), and then moving on to Brescia (yet another Serie A club).  At 35, Matri is currently without a club and his future looks to be below the Italian top flight. Another transfer which, reflecting back on it, still makes as much sense as it did when it happened.

It is this transfer that demonstrates just how poor Milan’s recruitment is. If the intention was to unlock his unfulfilled potential, why not give him a chance in Serie A? Any transfer is either a statement or a piece of the puzzle, and if you don’t back a player you’ve just signed, it just makes you look incompetent.