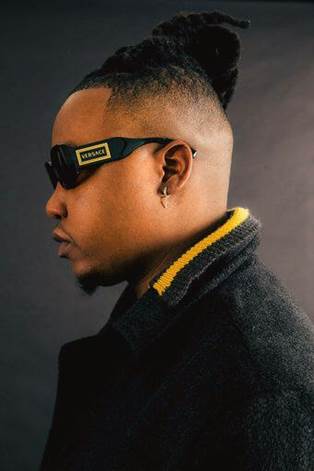 International Afrobeats genius, Kiddominant, drops his much-anticipated debut single for the year 2020 on Friday, May 29. The new single titled eWallet and featuring Cassper Nyovest will be available on all digital platforms. Kiddominant has spent a great deal of time writing and producing some of the greatest hits recorded in Afrobeats history. From Davido’s game-changing and historic treasure “Fall” to AKA’s multi-platinum certified “Fela In Versace,” Kiddominant has successfully coursed through a trajectory in music having credits and bearing an association with highly revered acts including Wizkid, Wale, Mr. Eazi, DJ Maphorisa, Chris Brown, Summer Walker, and even Beyoncé.

The year 2020 seeks to excitedly unravel the enigma that is Kiddominant. From showing up to the Grammys and the Super Bowl to honing credits for co-executive producing Davido’s platinum-certified sophomore album “A Good Time”, to opening for Davido on the #AGoodTimeTour, which has been put on hold by the event of Covid-19, Kiddominant’s dream has far transcended his 14-year-old self to having successfully attained a height of relevant dominance being a 360 act (writing, producing, DJ-ing and singing).

Touted as Dr Dre of Africa by reason of his stellar contributions and accomplishments particularly in the genre of Afrobeats, Kiddominant is set to deliver his expression of a new African sound to a global audience. This new sound is christened “South Afrobeats” and Kiddominant credits its discovery to a period of sabbatical on South African lands. He says;

“After spending a year in South Africa, imbibing the culture and visiting places especially the clubs where I heard a lot of music, I thought about combining South African drums with Afrobeat melodies.”

The first product of this musing is titled “eWallet,” a feel-good bop whose production soundscape is a fine blend of the burgeoning Amapiano template from South Africa and embellished with some good ole Afrobeats flavour. “eWallet” also features the local melodies of successful South African rapper, Cassper Nyovest in vocal assist, to give a complete African sound experience.

Already fated to be a bubbly hit, “eWallet” aptly reverberates the vibes of summertime. While this new genre debut heightens the anticipation for what’s to be expected on a soon-to-be-released body of work as hinted by Kiddominant during one of his recent social media runs, he will continue his relentless efforts towards the global Africa to the world agenda with precision, stead and a beacon in his hand.