Müller was set to become a free agent in 2021. He’d be linked with moves here, there and everywhere, with the 30-year-old even being tipped for a cushty transfer to Major League Soccer to ease him into his retirement.

But Bayern Munich have ended any chance of letting their hometown hero leave by giving him a new deal which runs until 2023, in a move which is just as crucial for

Müller’s childhood in Bavaria isn’t the only thing which benefits him off the pitch either, because he’s been part of Bayern Munich’s system for longer than this season’s breakout stars Alphonso Davies and Joshua Zirkzee have been alive.

Some will call it old fashioned, but having

Müller has never been involved in fewer than 25 goals or assists in a single campaign throughout his career, while as he’s currently on 29 for the 2019/20 season. It’s safe to assume he’ll get at least one more when the season returns, which would mean he will have registered fewer than 30 goals or assists just twice – 25 in 2018/19, and 26 in 2016/17.

So while this season hasn’t exactly been a r

Müller helped to run the first Klassiker of the season through the middle, but it was in the first leg of Bayern Munich’s Champions League last 16 match against Chelsea at Stamford Bridge which really made a statement to the world that he was still as influential as ever. 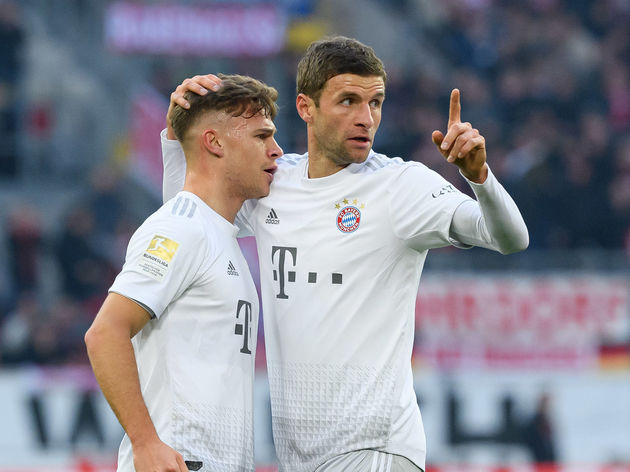