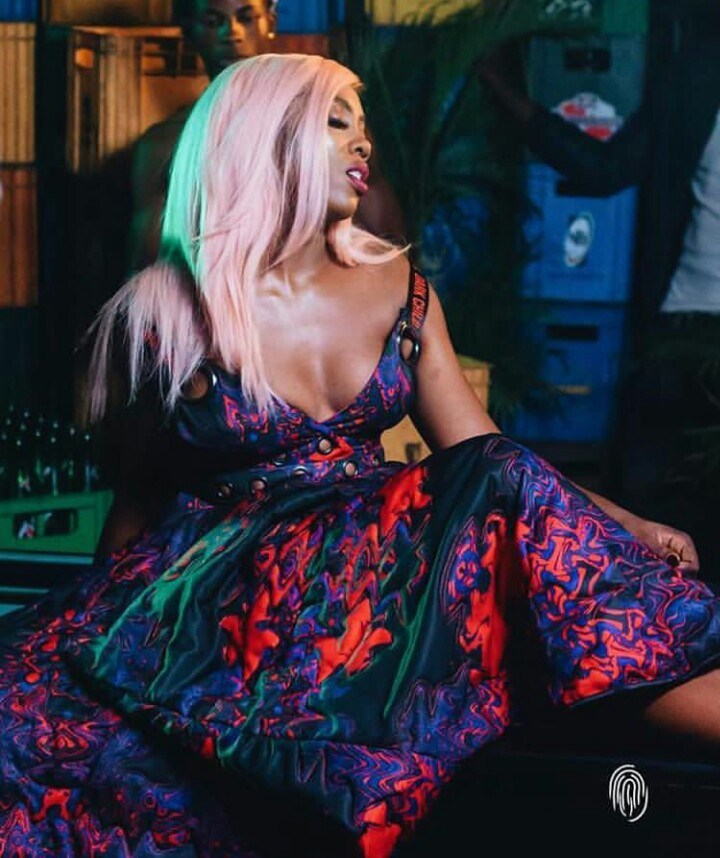 Nigerian sensational singer, Tiwa Savage has revealed that she might go butt naked in her next music video.

The “49-99” singer disclosed this while speaking to BBC on what to expect from her forthcoming album entitled ‘Celia‘. According to her, she might have to go naked because she’s out of ideas on how to beat her previous project “49-99“. Tiwa added that everyone that worked on the project from the director to the AP are all Nigerians.

“I might just have to go butt naked in my next video because I don’t know what else I’m going to have to do to top that one!. And, just to put it out there, this was done in Nigeria. All the cast is Nigerian, the director, the AP, everybody is Nigerian. I love the fact that I could present this to the label and say this was done in Africa by Africans, this is what we can do. Imagine when you invest in us even more, you would get amazing work.”

Tiwa stated that the album expresses a whole mix of the emotions an African woman goes through: love, aspiration, being bossy, being sexy, being vulnerable. She wants to let everyone know that she’s still beautiful and still a boss. The singer said all of that she could think the modern African woman is, and that’s what she wanted to portray.

“We’re going through this pandemic, so the idea was I want to let them know that I’m still a boss, that I’m still beautiful, that I’m still African. People have been really really creative with it which is amazing. The album is a whole mix of the emotions an African woman goes through: love, aspiration, being bossy, being sexy, being vulnerable.

“All of that is what I think the modern African woman is, and that’s what I wanted to portray. It’s really touched my heart to see that people are having a hard time during this. I mean we’re blessed to be at home, we have light, we can pile up food for months if we want to. But there are some people who can’t, people who only have money for today or food for today. So this pandemic has really opened my heart to the real situation of where the world is right now.”