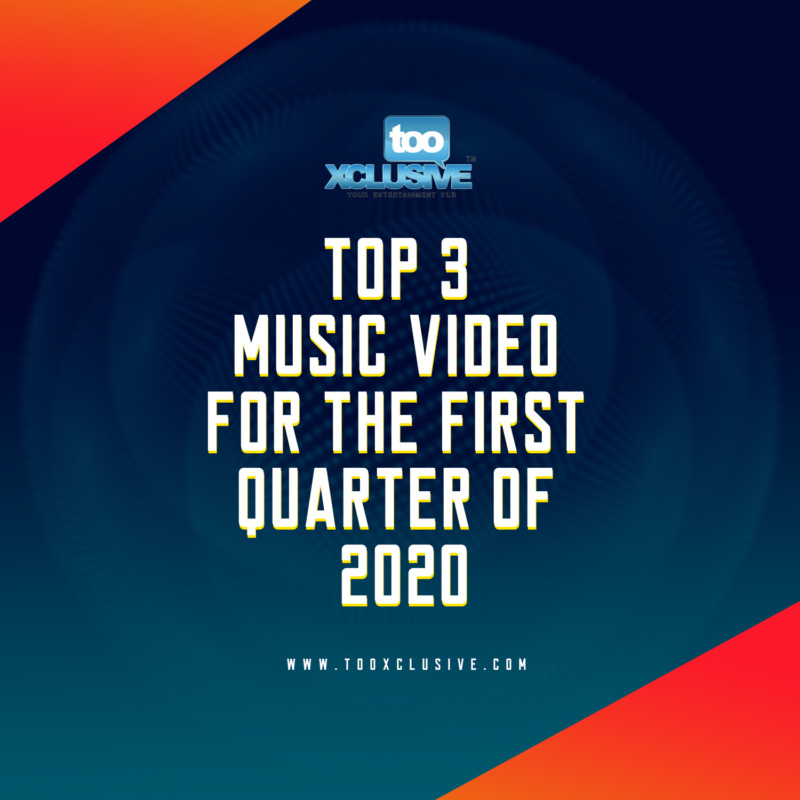 We all have experienced the first quarter (first three month) of the new year 2k20, here at Tooxclusive we decided to feed our fans with the Best 3 music video that came out of the first quarter.

Year 2020 started great with A, B and C list artistes kicking off the new year with big bangers. Also following their singles with the release of colourful and entertaining music videos. We recorded a number of 3o music video and even more each month from January. All music acts came up with great videos, out of the good numbers of videos we have selected 3 Best to mark the first quarter of the year.

Below are the carefully selected music video with good directions, storyline and dope delivery.

Davido’s ‘1 Milli‘ music video was premiered on Youtube March 3, 2020. The video was directed by Director K (DK). Davido featured his fiancee – Chioma and portrayed her as the lady his going to spend his all on based on bride price.

Rema’s “Beamer” music video was premiered on Youtube February 21, 2020. The music video was directed by Fxbres. Rema showed his Bad Boy side with this video that made his 2020 debut single sit on number 1 spot, on music charts for weeks.

This best music video list would go wrong without Burna Boy’s ‘Odogwu‘ video. It might even put the article creator in trouble if Burna gets to know (lol..). Well “Odogwu” music video was premiered on Youtube, March 16, 2020.

It was Directed by TG Omori. Boy Director and Burna Boy tired to capture the Igbo culture within the shortest minutes and Lyrics of the song. They did a good work with this visuals, the costume, direction and celebration.

From the above listed music videos… Which is your Favourite, the one that you can watch over and over again, The Best ?

Drop your take below and if you have any contrary opinion also share with us in the comment section below.