Despite what folks on Twitter might tell you, Tottenham Hotspur have had a storied and trophy-laden history, though most of their successes came in the last century. Perryman played for the Lilywhites for 17 years, collecting two FA Cups, two League Cups and two UEFA Cups during that time, as well as picking up an FWA Footballer of the Year award in 1982, the same year in which he won his first and only England cap.

An incredibly prolific striker both for club and country, Greaves scored 266 goals in 381 appearances for ​Tottenham, earning an impressive goals-to-games ratio of 0.7.

No one has come even close to breaking Allen’s goals in a single season record, contributing 33 league goals as Tottenham finished third in the First Division and scoring 16 more in the domestic cup competitions, helping the Lilywhites to reach the FA Cup final. Not even Allen could match Greaves’ staggering number of goals in a single league season, with the latter scoring 37 in just 41 appearances as Tottenham finished second in the 1962/63 First Division.

Bill Nicholson’s Tottenham side scored 115 goals in 42 league games as Spurs stormed to the First Division title in 1960/61, which remains, to date, their most recent league title. The record for the most league goals in the ​Premier League era is 86, set during the 2017/18 season, when they finished second in the league.

Bostock, who also holds ​Crystal Palace‘s record for the youngest player (15) to feature in one of their games, made his Tottenham debut at the age of 16, coming on for David Bentley for the last ten minutes of Spurs’ 4-0 win over Dinamo Zagreb in the 2008/09 UEFA Cup group stage. 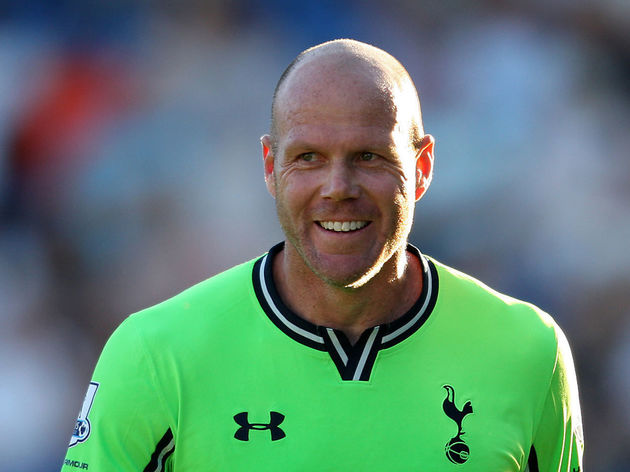 The American goalkeeper, who spent most of his Tottenham career deputising for Hugo Lloris, became the oldest ever player to represent the Lilywhites when he started in goal in their 1-0 loss against ​Newcastle in November 2013.

Tottenham have occupied the English top-flight for much of their history since they were elected into the Football League in 1908, though have occasionally fallen into the second tier. They spent five seasons in the Second Division between 1928 and 1933, finishing 12th in 1929-30, which remains their lowest ever league finish.

Tottenham’s transfer record was smashed when they forked out £55m to sign exciting French midfielder Tanguy Ndombele from Lyon last summer, who has struggled to live up to that price tag so far. A world-record transfer fee at the time, Gareth Bale joined ​Real Madrid for £85.5m in 2013 after an incredibly successful spell at White Hart Lane, where he was converted from a left-back who struggled for playing time into a world-class winger.

Fourth Division side Crewe Alexandra had initially earned an impressive 2-2 draw with Tottenham in the FA Cup at Gresty Road, forcing a replay. Spurs, evidently irked at having to play a fourth-tier side again, thumped the Railwaymen 13-2 when they later visited White Hart Lane, which is still their largest victory to this day. Bill Nicholson managed the club he spent 17 years of his playing career at for 16 years, collecting eight major trophies during his spell in the Tottenham dugout. Perhaps most notably, he led the Lilywhites to a league and cup double in 1960/61.

Santini, who had a variety of successful managerial spells in France with the likes of Lille, Lyon and the French national team, lasted just 13 matches in charge of Tottenham at the start of the 2004/05, leaving after he felt agreements made with the club were broken.

With White Hart Lane partially demolished in 2016, Tottenham were forced to play European games at Wembley due to their new capacity not meeting UEFA requirements. It was at Wembley where they had their largest-ever attendance, with over 85,000 Spurs fans bearing witness to a 1-0 loss to Bayer Leverkusen in the ​Champions League group stage.