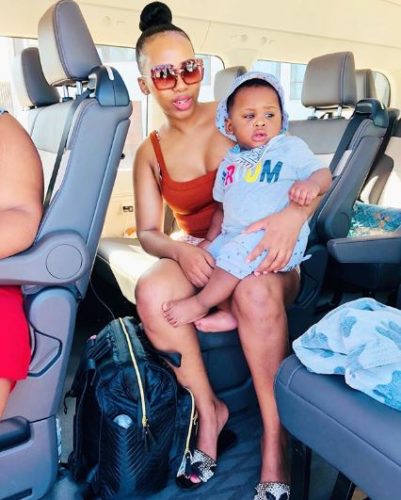 Music boss, Ubi Franklin has responded to claims made by his South African baby mama that he is a terrible father.

Yesterday,the Triple MG boss was called out by one of his baby mamas, Nicole Siyo on Instagram for pretending to be a doting father to their son, Shiloh when he has not even met him. Siyo claimed that Ubi is not even aware that their son would be turning one in a few days and yet continues to act like a great dad

Ubi Franklin took to his Instagram story a few hours ago where he, in a long post, spoke about the love and affection he has for all his children including Shiloh. According to him, he has never missed out on sending money for Shiloh’s upkeep and has never neglected his children.

“I’m glad to proudly say that I have never missed out on sending money to my son, Shiloh for his upkeep. I will never deny any of my children. Offcourse I have made my mistakes in life but none of my children is a mistake and I owe them all that duty as a father,”I love my children and even though distance may sometimes hinder my physical presence as I can’t be with them 24/7 due to circumstances beyond me due to work etc, I have ensured never to neglect as a father to them. I love you all, nothing will ever change that. And I will always continue my duty as a father as long as I live.

Shiloh just so you know that daddy has been there for you since you were in the womb, when you were born, still this day. I made sure you were born in one of the best hospitals in SA without minding how much money I had because, to me, you and your siblings are all priceless. I love you kids. 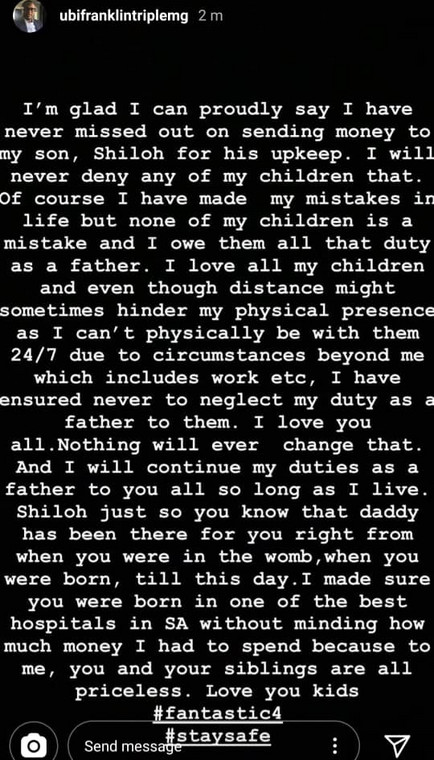