Nigeria international Aina impressed at Torino on his final loan season away from Stamford Bridge, leading the Turin club to take a chance on him and sign the full-back permanently. 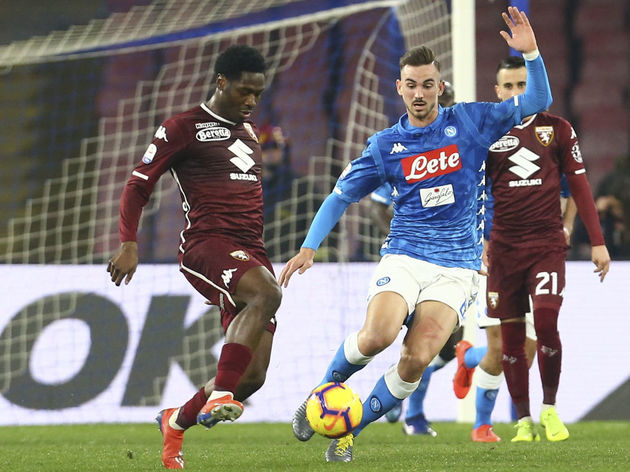 Since the summer of 2017, the right-back spot at ​West Ham has been competed for by veteran Argentine Pablo Zabaleta and former ​Tottenham youth prospect Ryan Fredericks. With Zabaleta due to leave the club this summer, aged 35, and Fredericks still to fully convince, David Moyes and co are looking for some competition for the spot.

​Gazzetta dello Sport report that both West Ham and Everton have expressed interest in Aina to Torino, who paid £9m for his services last summer. A significant factor could be his affinity to London, the city he was born in.

He has family living in the capital, which would make a move to West Ham a desirable prospect for the 23-year-old. The idea he may one day play in London and be closer to his family is said to have been ‘rekindled’, with West Ham themselves billed as ‘interested in a transfer once the window reopens’.

The Nigerian international is currently being valued at between £8m and £16m, an entirely affordable price range for a ​Premier League club like West Ham. In addition, his agency, Elite Project Group, are London-based, potentially another pulling force towards the Hammers and away from Torino. However, if the Premier League season was to resume and West Ham be relegated, the Nigerian would suddenly become less affordable and the club would no longer be playing at a comparable level to Torino. The Hammers are currently 16th in the league table, only outside the bottom three on goal difference.