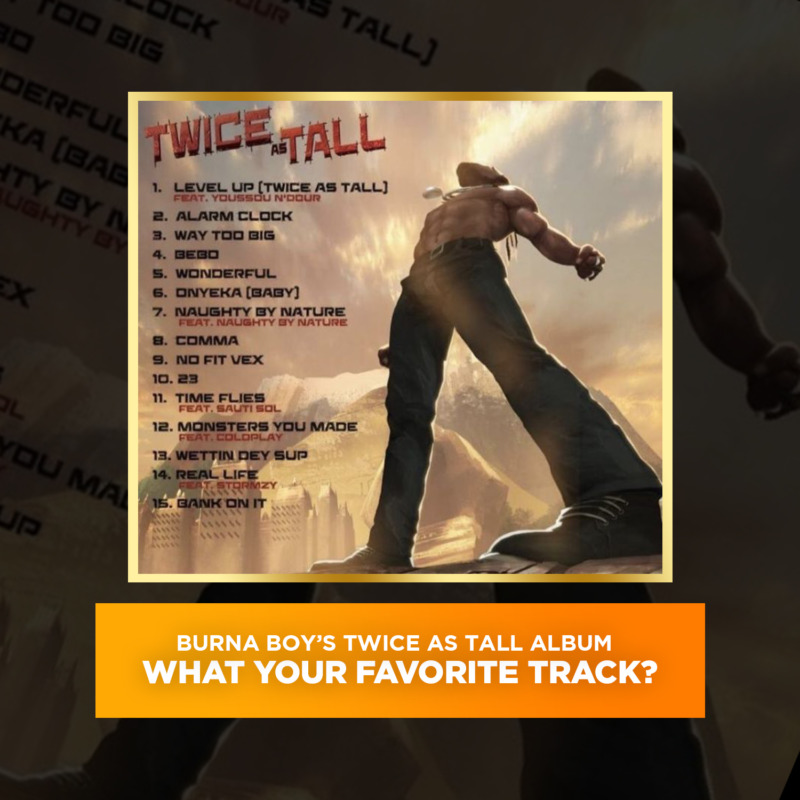 Burna Boy’s “African Giant” saw him break records, garner multiple awards, millions of streams, and even a Grammy nod. After losing out at the Grammys, Burna was determined to bring forth a better project that speaks volumes and also shut his naysayers (those that said he would never win a Grammy). During his famous Twitter session a couple of months ago, Burna announced that his album “Twice As Tall” would be released later in the year.

Staying true to his words, he released the first single off the project, “Wonderful”  which gave fans an insight into what he was bringing to the table but it appears that something much more magnificent was coming. On the 14th of August, 2020, Burna shattered the entire music scene with his album executively produced by American hip hop mogul,  Diddy and features the likes of Youssou N’Dour, Diddy, Naughty By Nature, Sauti Sol, Chris Martin, and Stormzy.

A few days later, fans are still marveling at the awesomeness of the album – it’s a drug they want to overdose on. This has brought us to ask our fans and readers, Have you listened to the album? Which of the 15 tracks is your favorite? Which track are you connected to and been on repeat?

Do drop your thoughts in the comment section below: