During the 2008/2009 season, plucky, understated Wolfsburg shocked the footballing world by lifting the Bundesliga title.​

It felt significant enough at the time, but it has gained even greater prominence as out of the subsequent ten season only two sides – Bayern Munich and Borussia Dortmund – have lifted Germany’s biggest prize.

Wolfsburg’s success was very much a collective one. In fact, a few notable exceptions aside, the more casual football fan would struggle to pick a lot of these title winners out of an identity parade.

This strikes us as a major injustice. What Die Wolfe did that season was triumphant. It deserves to be remembered.

So, almost 11 years on from the club’s greatest hour, 90min will be doing just that by examining what Wolfsburg’s heroes got up to after achieving the improbable. ​Diego Benaglio (GK) – The Swiss stopper would remain at Wolfsburg until 2017, when he signed for Monaco. Benaglio enjoyed an extended spell in the first team during the 2018/2019 campaign, but he has since been displaced by Benjamin Lecomte.

Sascha Riether (RB) – The two time German international moved to FC Koln in 2011 before enjoying two not so happy years at Fulham with the club getting relegated in 2014. Spells at Freiburg and Schalke followed before retirement in 2019.

Peter Pekarik (RB) – Riether’s understudy went on to have a fine Bundesliga career. He moved to Hertha BSC in 2012 where he remains to this day.

Andrea Barzagli (CB) – Late bloomer Barzagli was snapped up by ​Juventus in 2011 where he won the ​Serie A title in each of his eight seasons at the club before retiring last year. European success proved elusive though, with the Italian playing in two ill-fated ​Champions League finals. 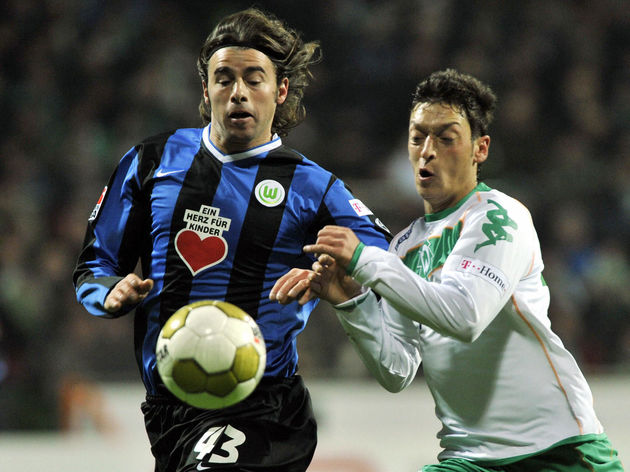 Cristian Zaccardo (CB) – This was the Italian’s only season with the club and he returned to Serie A with Parma in summer 2009. After a disappointing spell with ​Milan, Zaccardo gradually moved down the leagues before retiring last year. Ricardo Costa (CB) – Costa’s still playing for Boavista at the ripe old age of 38. He left Wolfsburg in 2010 for a four year stint at Valencia. After this he enjoyed a nomadic career, taking in spells in Qatar, Greece, Spain and Switzerland. Bet he’s got a few stamps on his passport. 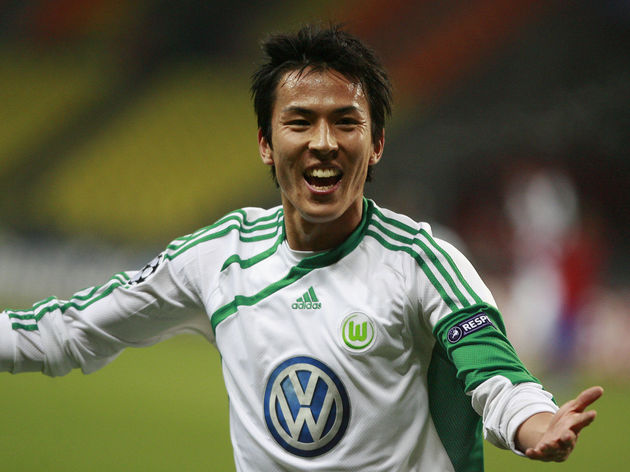 Makoto Hasebe (CM) – ​Hasebe has been a fixture in the Bundesliga for 12 years now. After joining FC

Zvjezdan Misimovic (AM) – After enjoying the best season of his career – where he racked up a remarkable 20 assists – the Bosnian was snapped up by Galatasaray in 2010. He failed to hit the ground running in Turkey and soon moved to Dynamo Moscow before seeing out his playing days in China. What a waste. Christian Gentner (LM) – Genter joined Stuttgart in 2010 where he spent nine years and made just shy of 400 appearances before leaving in the wake of the club’s relegation last season. These days, he’s turning out for the coolest club in the world, Union Berlin. ​Grafite (ST) – The fleetingly exceptional Brazilian hit 28 goals as Wolfsburg romped to the title – form he would never replicate in his career. He left the club in 2011 for UAE based Al-Ahli before heading to Brazil to see out his playing days.

Edin Dzeko (ST) – At the time, Dzeko was one of the hottest properties in Germany and he lived up to his billing by completing the Magic Triangle alongside Grafite and Misimovic, hitting 26 goals. After this, ​Manchester City splashed £27m on the Bosnian where he would win two ​Premier League titles before taking his talents to Roma.

Ashkan Dejagah (RW) – The winger left Wolfsburg in 2012 to test his skills in the ​Premier League with Fulham. Following the Cottagers’ relegation two years later he signed for Al Arabi before making an ill-fated return to Die