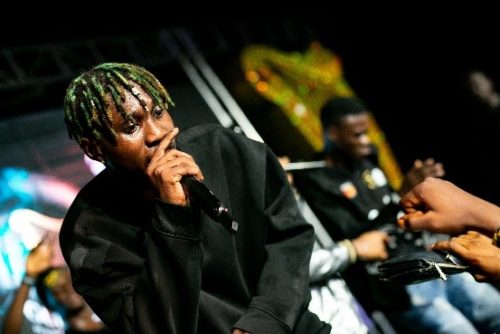 Nigerian rapper, Zlatan is thankful to be a part of Stonebwoy’s album “AnlogaJunction”

Stonebwoy released a new album “AnlogaJunction” and it features American singer, Keri Hilson, Kojo Antwi, Nasty C, Diamond Platnumz, and  Zlatan happens to be one of the featured artistes. The two acts worked together on the 11th track titled “Critical“

Zlatan took to his Instagram page to thank the Ghanaian a rapper for helping him actualize his dream. According to him, he feels good because the album features superstars that he looked up to as an aspiring artiste. The song “Critical” is a symbol of hope for his people on the street. He wants them to be rest assured that the hustle will add up soon. He also urged them to listen to the track and give him feedback of what they think about the song.

Yo!!!!!! I’m on @stonebwoyb ‘s new project titled #AnlogaJunction and I feel highly privileged. It feels good particularly because the album also features superstars I looked up to as an aspiring artist. This is a symbol of hope for my people on the street. Don’t give up; rest assured that the hustle will add up soon. Listen to track 11, Critical and tell me what you think, guys. Congratulations, my brother @stonebwoyb and thanks for helping me to actualize a dream. #ZTTW ????